We Are Infintely In Love with Hulu's Rom-Com with a Sci-Fi Twist, 'Palm Springs'! 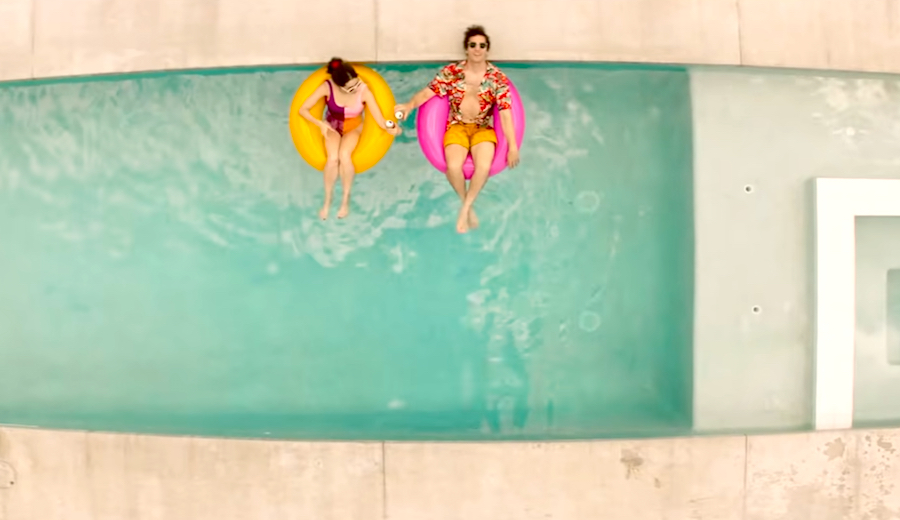 We’ve been given many films about time-traveling, but now it’s time for a fresh rom-com twist. Let your imagination go wild by adding Hulu’sPalm Springs to your watchlist. Warning: spoilers ahead!

The story follows Nyles (Andy Samberg) and Sarah (Cristin Milioti), two strangers that get stuck in an infinite time loop. After meeting at Tala’s (Camila Mendes) wedding reception and nearly hooking up in a desert, Nyles gets attacked by a random man. With arrows thrown at him, Nyles runs into a cave and warns Sarah to not follow him. You know that in movies when a character tells another not to do something, they obviously will do it. So, Sarah follows Nyles into what becomes a time loop.

It’s quite confusing at first, especially trying to figure out how the time loop happened. Sarah comes to terms with her new reality, and her adventures with Nyles begin. They go on to make every day as fun as possible. The dancing scene at the bar was one of our favorite scenes -- just look at that energy!

But, of course, doing the same thing over and over again gets tiring. Sarah becomes desperate and searches for a solution to stop the time loop. With an Avengers: Endgame-esque revelation, Sarah discovers the involvement of quantum physics. However, after sharing her findings with Nyles, he refuses to go back to reality.

Sarah is more than prepared to return to current day, and the moment we have awaited arrives. Nyles confesses his love for Sarah and they walk into the cave to end the time loop. With a magical slow-motion kiss and sparks flying around, THE SOLUTION WORKED! Even though it kind of threw me off for a moment, Sarah and Nyles made it back to normal.

Palm Springs is one of the best movies to watch if you want to escape reality for a while. The film shows us two people who thought they weren’t capable of love learn that they just needed to find the right person. Nyles found a reason to stop a repeated lifestyle thanks to Sarah. Along the journey, we have some laughs and find out that Camila Mendes looks stunning even with no front teeth.

I’d also like to mention the cinematography in the movie, because it was EVERYTHING. The colors in the film were unbelievable; I mean, the pool and desert scenes just prove it. And don’t get me started on the scene where they first saw the dinosaurs in the desert!

Palm Springs is an instant classic and is now streaming on Hulu;let us know what you thought of it!