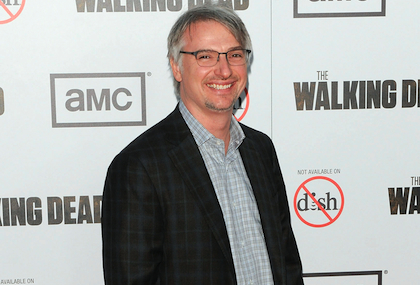 Wow, talk about your anti-heroes…

In recent years, television shows have asked us to root for a main character who is, let’s face it, a bad guy – “Dexter”, “Breaking Bad”, “Mad Men”, "The Sopranos", etc., all feature a central figure who does bad things but possesses some sort of redeeming aspect that we come to embrace and make his less savory traits somehow acceptable. Okay, fine. But now, Lifetime is asking us to embrace evil incarnate himself – The Devil!

“Walking Dead” producer and showrunner Glen Mazzara has plans to resurrect The Omen for the Lifetime network as a TV series. For those who need a quick catch-up, The Omen was originally a 1976 horror film about the U.S. Ambassador to Great Britain (Gregory Peck) who is tricked into raising the Anti-Christ as his own son. Once he finds out, it is, of course, too late, and the boy – named Damien – is free to continue his reign of terror beneath the guise of an adorable child. It basically started the whole “creepy kid” genre of horror films. A couple of sequels followed (including one in 1981 starring Sam Neill as Lucifer all growed up), and a 2006 remake of the original starring Liev Schrieber and Julia Stiles was, meh, okay.

Mazzara’s proposed show, simply titled “Damien”, will be a “coming-of-age” tale about the Son of Satan growing up and having to confront his destiny. In my mind, I’m picturing “Bates Motel” meets “Smallville”… We’ll have to wait and see until the show actually comes out, but it can only go in one of two ways: (1) Damien is somehow instilled with conscience with which he uses to battle his LITERAL inner demons, and we are there to root him on even though we know his turn to the dark side is inevitable; OR (2) he is fully aware of who he is and his destiny (much like Dexter), and we’re rooting for him not to get caught and/or destroyed cuz he’s cute and charming and stuff.

As they say, the Devil is in the details. Looking forward to seeing how this one pans out!