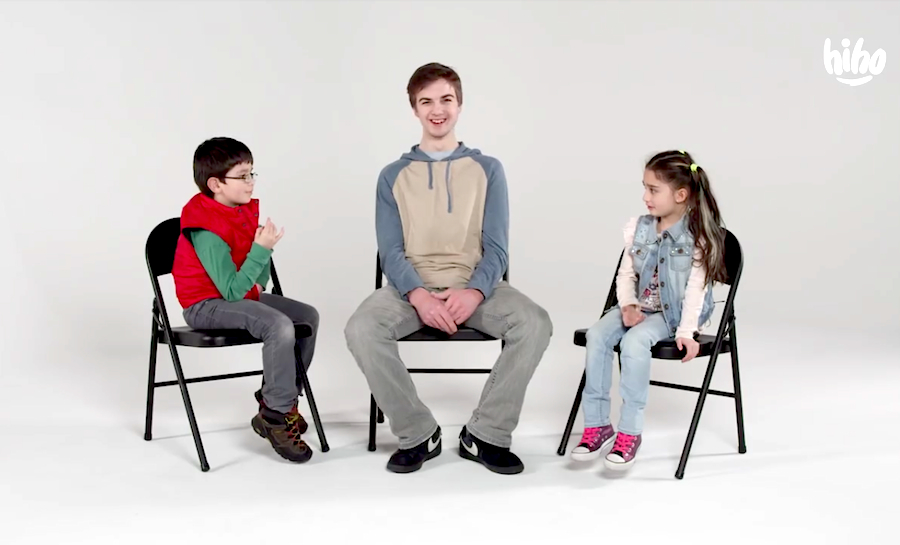 Children offer unfiltered looks into the human mind. They have an unbroken curiosity and wisdom that is free of conditioning. Although kids have been involved in the entertainment industry for years, YouTube has given them the opportunity to adjust content toward their own interests. Here are a few channels that display the beautiful minds of kids!

The channel Cut is known for producing a range of content, from “would you rather” videos to parents explaining taboo concepts to their kids. When their videos with children taste-testing foods from various cultures became highly popular, it eventually led to the creation of a new channel: HiHo Kids. Although they did continue with taste tests, this channel has a variety of entertainment. There are videos where children describe things to an illustrator, such as love, dream homes, or solutions to global warming, and play games where whipped cream is thrown into their face. Their creativity connects ideas that are far beyond what many adults can imagine, and is overall inspiring. One of HiHo’s most interesting video series revolves around kids having conversations with diverse groups of people, such as a woman with Alzheimer’s, guys with felonies, and a teenage boy recovering from addiction. The lack of judgment that the children approach the guests with, and the genuine curiosity that they display, creates amazing dialogue. It is a powerful and open look into reality for the children, and allows them to understand ideas that are usually kept hidden from young people.

Chris Ulmer and his partner Alyssa Porter run the channel Special Books by Special Kids (SBSK), which offers young people with disabilities the opportunity to share their stories. Although the channel has featured people of various ages, it especially works to shed light on children and teens who live with conditions that cause people to perceive them as different. People with Down syndrome, ichthyosis, cerebral palsy, depression, and more offer detailed insight into their lives. During the interviews, Ulmer often asks them how they want to be treated, and how someone could approach them if they had questions or wanted to be their friend. He captures their bright personalities and within just minutes is able to show their charm and resilience. It is truly an eye-opening experience, as it forces able individuals to question the ways we treat those around us, and offers the reality that we are not as removed from one another as we often believe.

Years ago, the channel Bored Shorts TV introduced Kid Snippets, a series where children would imagine short scenes that were then performed by adults, but dubbed over with the kids’ voices. This resulted in several hilarious masterpieces, covering everything from math class to fast food, and making every topic significantly more fascinating than it has ever been. Kid Snippets is consistently and naturally funny, and although the videos have declined in quantity within the past year, perhaps more people will be inspired to use the technique with their children.

These channels are great reminders of what can be understood and accomplished from early ages. If you ever need cheering up or want to look into some amazing perspectives, they are sure to fuel your ambition and creativity.