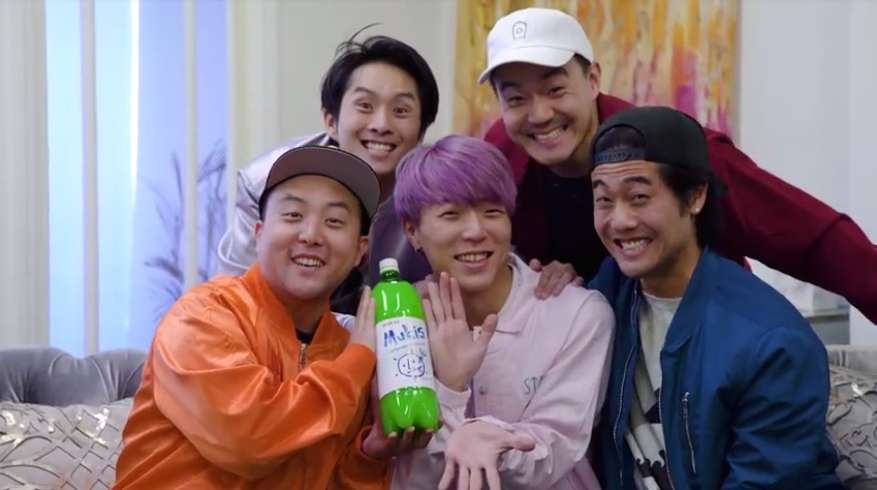 Wong Fu Productions is an independent production company predominantly on YouTube founded by Philip Wang, Wesley Chan, and Ted Fu. The threesome met at UCSD in the early-2000s where Wong Fu started their incredible journey together. These aspiring filmmakers started out doing music videos, lip-syncs, and short films that gained some buzz amongst their peers. They released their first video on their website even before YouTube existed! Little did the three know at the time, but Wong Fu would become more than just a production company.
Wong Fu focuses on stories about love, comedy, and coming of age; all things that my generation were able to relate to when YouTube started to become the empire that it is today.
Check out this cute and super relatable short.
Or maybe you saw this thumbnail a few months ago on your YouTube Homepage. It was a trending video. It's Wong Fu. This is probably one of my favorite spoofs on YouTube and it has so many recognizable YouTubers like Tim DeLaGhetto, Bart Kwan from JK Films, Steve Terada  from Quest Crew, and even Ki Hong Lee from The Maze Runner movie series.
But more than comedy, it's their voice and what they have to say that really resonates with a lot of their subscribers and fans.
Yeah, I would be sobbing except this is probably the tenth time I've watched this video... and it wouldn't be the first Wong Fu short to make me cry.
One of the reasons Wong Fu has been able to flourish as a production company and as filmmakers is because of their voice, and their fans can grow along side with them. One thing that they have over studio production companies is that they are just like us. They're regular people who tell stories about regular people and now they're called Millennials. They can integrate social media, the difficulties of dating in the rise of new technologies, even the more common "quarter-life crisis" that many of us are starting to have.
That last one always gets me. It's so REAL! [*sobs*]
Wong Fu now has over three million subscribers and have created some of the most popular videos on YouTube, and now their own YouTube Red series and movie!
In 2015, Wong Fu released their movie Everything Before Us, available on iTunes, Netflix, and DVD. Check out the trailer here!
Most recently, they partnered with YouTube on their first YouTube Red series called "Single By 30".
You can catch the first episode for free on YouTube here!
Their accomplishments and achievements are innumerable and it's because of their boldness, bravery, hard work, and vision that made it all possible. Wong Fu has helped pave the way for independent filmmaking just by their success on YouTube. They were one of the first production companies that saw YouTube as a main medium to showcase their content. Independent filmmaking today has never been more easily accessible to so many people. All you need is a camera or a phone and you can tell a story.
But more than that, Wong Fu has been able to showcase the talents of many very skilled and hard-working Asian Americans throughout the years. While Asian-Americans are still highly underrepresented in mainstream Hollywood and filmmaking, I was privileged enough to grow up watching Wong Fu short films on YouTube and I could see and look up to Asian-American actors that I could relate to.
Wong Fu Productions was always a go-to YouTube channel for me when I was a young teen, and it's amazing to see that they're still thriving! 2017 was an extraordinary year for Wong Fu and they have no plans on stopping in 2018! I'll be here to watch!