Two Thumbs Up for Roger Ebert 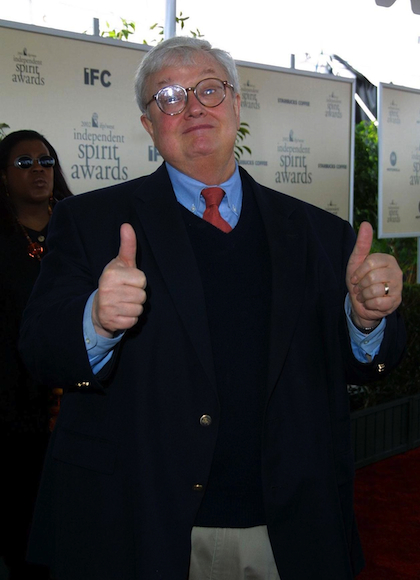 It’s not easy being a critic. Just the name itself implies all sorts of negative connotations. “Critic”, as in “one who criticizes”… They tell you what’s wrong with your creative project, in an industry where creativity is in the eye of the beholder anyway. It’s not an easy job – you get what you give, right?

There’s an old chestnut about how most critics are just failed actors/writers/directors/etc. But Roger Ebert was a genuine lover of FILM. Oh, he had a few writing credits under his belt (primarily under a pseudonym... and probably for the best), but his passion was not in the actual creation of movies – it was as a first-rate observer. Movies, to Ebert, were something to be dissected and analyzed. He was almost like a film scientist, looking at the specimen, breaking it down, piecing the parts back together... And because he did have a writing background, it made his movie reviews for the Chicago Sun-Times a staple for over 40 years.

Like every critic, Ebert had his personal preferences too, but he never made any bones about that. He recognized the “relative” aspect of his profession but was always careful to be objective as well, giving consideration not just to a film’s merit on the whole but how it may or may not be received by its target audience. And he was certainly never afraid of going against public (or other critics’) opinion. He called it as he saw it, and with a flick of a thumb, he could often make or break a picture.

And that was Ebert’s greatest legacy – the ability to not only go against the grain but to defend it fiercely and intelligently. If he made a mistake, he owned up to it; but if he was right (or at least believed he was right), he never backed down and gave you 101 solid reasons why he was right. Even after cancer took away his jaw and ability to speak, he always made sure he was heard. Thank goodness for Twitter.

He, along with his late partner-in-reviews Gene Siskel, was a rare bird, and I imagine we will probably not see another one like him in our lifetimes. There’s certainly hope, though, that he has inspired many to rise to his level of integrity and intelligence when approaching this tumultuous profession. The gaunlet has been thrown, writers/journalists/film lovers – who has the cajones to pick it up??

RIP, Roger Ebert. Here’s hoping you and Gene are sitting on a cloud right now telling St. Peter that his latest romantic comedy was a little too “hokey”. ;-)