TV Tidbits & Highlights from the 2014 PaleyFest! 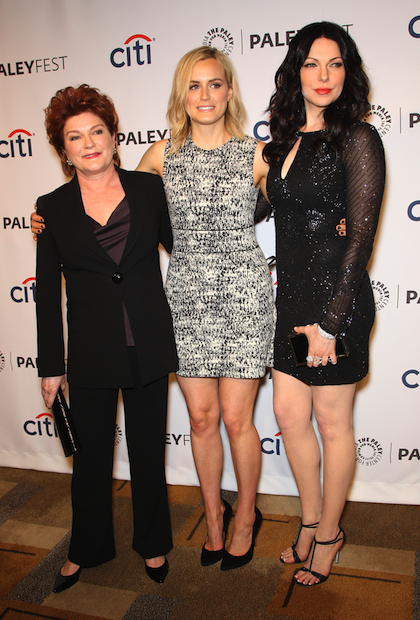 The PaleyFest, the ultimate TV fan festival, is just about to come to an end in Los Angeles after two weeks of fascinating panels from everyone’s favorite television shows. Held at the Dolby Theatre in Los Angeles, the PaleyFest featured a number of popular series, including “Community”,“Orange is the New Black”,“Parks and Recreation”,“Mad Men”,“Masters of Sex”,“Veep”,“Sleepy Hollow”,“The Vampire Diaries”,and “The Originals”.Each show delved into their favorite secrets and moments, and let the fans in onwhat they really want to know: what’s going down next season!

Here are just a few of the highlights revealed at the PaleyFest:

“Orange is the New Black”:The ladies in orange, alongside their executive producer Jenji Kohan, revealed a few upcoming secrets for season two. Anew and enticing character named Vee will be introduced, who is described as a “street-wise drug maven who runs children”.Played by Lorraine Toussaint, Vee certainly sounds interesting. We will also get to know more aboutthe backstories ofMorello, Taystee, Poussey, Sister Ingalls, and Ms. Rosa. Sounds like we’re in for another chaotic season!

“Parks and Recreation”:Amy Poehler, who plays the manic yet caring government servant Leslie Knope, revealed that the hour-long season finale will beinsane. The episode will feature numerous surprises, including some of the most cameos to ever be seen on the show. Guest star Billy Eichner called the finale a “Parks and Recreationcircus”. Show creator Mike Schur and Poehler have discussed when the show may possibly end, but no date has been set yet. Luckily for us, that means we get to continue to enjoy the wacky adventures of Pawnee!

“The Vampire Diaries”:Stars Ian Somerhalder and Nina Dobrev revealed that their alter egos,Damon and Elena,might resume their messy relationship. Whether or not they actually learn from their previous mistakes will be answered as the season goes on (I’m guessing no, they won’t, but that’s just me).A new villain will also roll into Mystic Falls by the name of Markos (Raffi Barsoumian), whois set to stir up quite a lot of trouble, as well as draw Elena and Stefan together once again. I smell trouble a-brewing….

“Sleepy Hollow”:Next season is about to get a little ugly for Ichabod and Co. Executive producer Mark Goffman revealed that season two will be about war and redemption. Ichabod (Tom Mison) will have to deal with not only being in a pine box but alsothe fact that his son is the Horseman of War in the Apocalypse. Producers revealed that quite a few new villains will pop up during the new season, including one who happens to possess a very important item of the Headless Horseman: his head! I have a feeling that we are in fora bit of a wild ride.

Which show are you most excited about?