TV FROM AROUND THE WORLD: "Please Like Me" (Australia) 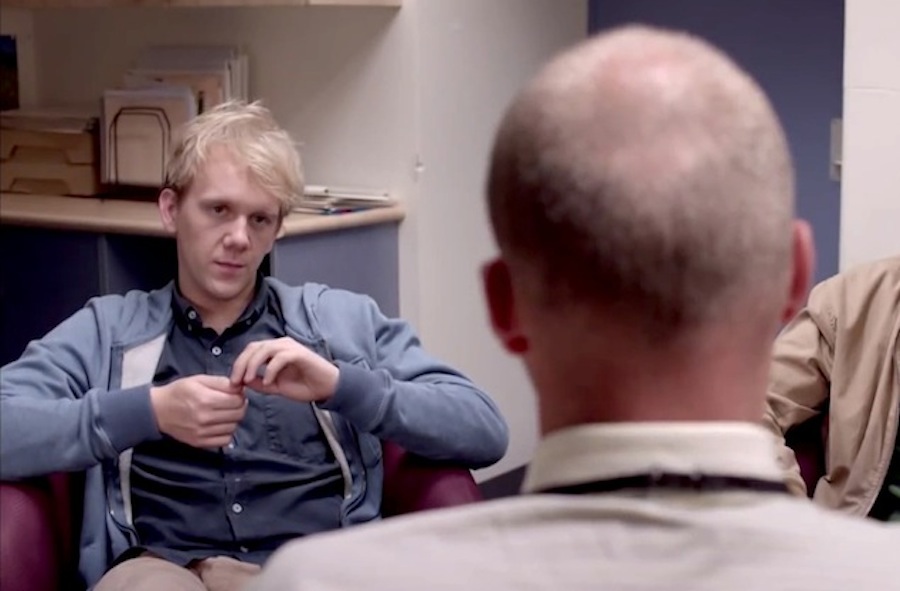 When I lived in Australia, I once heard two radio DJs laugh over how a sweet couple had won a sailing trip around the country, only to end up stuck in one of the worst storms of the century. Their boat rattled and shook as they held on for dear life among torturous waves. The wind roared in their ears as, day after day, the horrid sailing trip continued. As the two DJs continued to dish the gory details, the harder they laughed; they both proclaimed that this was, without a doubt, the most hilarious story they had ever heard.

Australian humor has always been a bit on the dark side, and the comedy “Please Like Me” is no exception. Set in Melbourne, the series follows Josh (played by creator Josh Thomas), an awkward 20-something who, after getting dumped by his girlfriend, realizes he’s gay. If that’s not enough to take in, he has to move back home with his mother after she attempts to commit suicide. Josh tries to help his mother with her depression as his friends try to help him navigate his love life with the young and handsome Geoffrey (Wade Briggs).

There are three seasons of “Please Like Me”, and it is a delightfully awkward show. If dark, awkward humor is not your cup of tea, then this isn’t for you, but if you live for cringeworthy humor, then you must watch this show. Josh himself is a gangly, uncomfortable person; he remarks that he looks the way he does because of puberty, but you can’t help but root for him anyway. He can’t figure out why the super hot Geoffrey adores him, a situation most of us can relate to (if you’re like me, then you too may be confused when a super attractive person likes you). Part of his odd behavior is explained through his family -- in the second episode, his aunt asks him about the size of his balls -- as well as by his friend Tom (Thomas Ward), who can’t bring himself to break up with his absolutely horrid girlfriend Niamh (played brilliantly by Nikita Leigh-Pritchard). The relatability of Josh’s situation is what makes the show so funny. If Josh and his life were perfect, or even mildly perfect, then the show wouldn’t be as funny, but it’s the constant threat of a storm he has to survive that makes the show work.

The real standout of “Please Like Me” isn’t even a main character -- it’s Josh’s father’s girlfriend, Mae (Renee Lim). Every time Mae opens her mouth, I burst out laughing. Her sarcasm yet unexplainable love for Josh’s father is endearing, as well as the way she taunts him (at one point, she describes his face as “looking like a scrotum”). I am hoping that, in later episodes, Mae attempts to help Josh with his love life, because that would be amazing.

You can watch “Please Like Me” on Hulu. Here’s a trailer of season one!