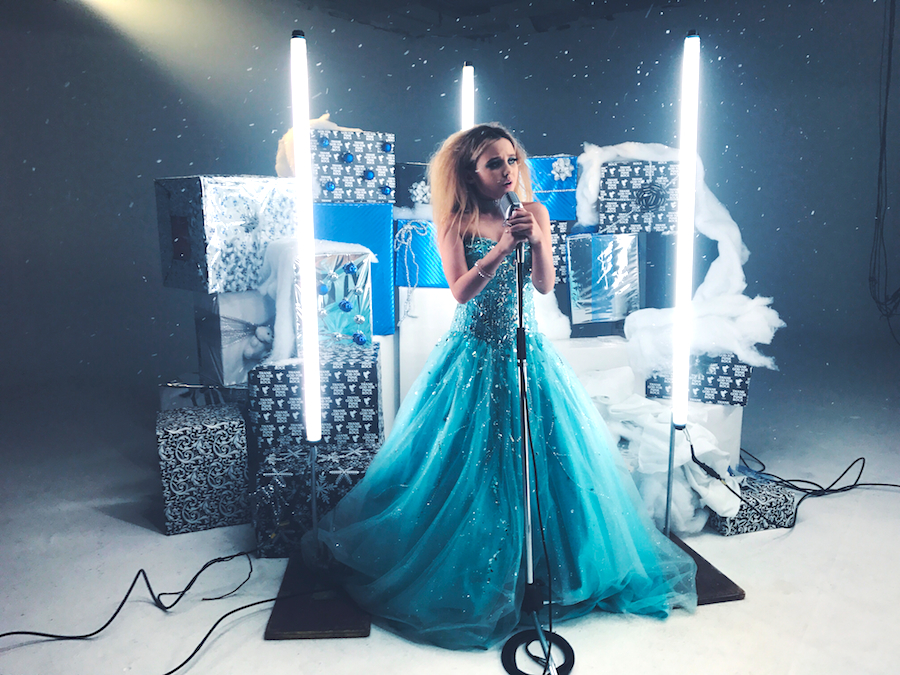 It's true that the apple rarely falls far from the rock & roll tree...

Many know Travis Barker as the drummer from blink-182, but what you may not know is that his children, Alabama and Landon, also have major music talent.

In fact, Alabama just released her version of the holiday track “Blue Christmas” via her YouTube channel. The song is actually recorded every single year as a Christmas present for her dad, but this year it only seemed right to share it with the world and really get us into that holiday spirit. It looks like Landon is following in dad’s footsteps too as he rocks out on the drums, while Bama focuses on the vocals.

It’s hard to believe that Alabama is only 10 years old and Landon is 13 -- it looks like these two are made for music! Like his little sis, Landon also has his own YouTube channel where he releases his own content, and drummer dad Travis shot a video of Alabama nailing James Bay’s “Let It Go” on the piano. We’re hoping to see a full cover ASAP!

Fingers crossed that we get another incredible track from Alabama in the future, and maybe even another collab with Landon. We're expecting big things from this little gal!

You can purchase “Blue Christmas” on iTunes right now or listen on Spotify.