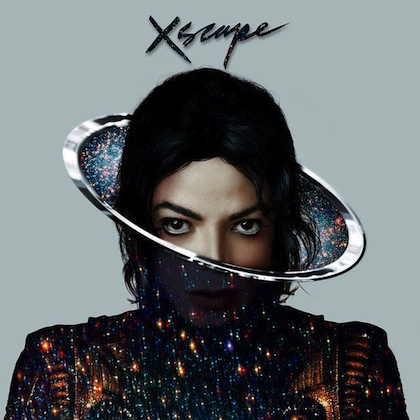 Earlier this Spring, Michael Jackson’s posthumous album Xscape album dropped, featuring a collection of songs never released by MJ when he was alive put together with the help of big name producers such as Timbaland.

More than any fan or general music lover could ask for, the album has a combination of pop, R&B, and disco sounds. Fitting for Jackson's legacy, the songs on this album can be loved by anyone of any age, race, or background.

Let's review why each song on Xscape is gold!

Released in May this year as one of the singles for this new album, "Love Never Felt So Good" starts the album off just right with a hyper smooth jazz-pop sounding tune to support this ode to a whole new love. It’s a feel-good song with a meaning just as the title suggests; about a love that never felt so good.

Matching the theme of the first song, this second track is also about a girl. There is an obvious difference in tone, however. Here, MJ’s lyrics express how upset he is that a woman he loved from Chicago betrayed him by lying and leading a double life. Turns out, she was married. Scandalous!

Fave Lyric: “An angel sent from heaven just for me.”

"Loving You" takes us back to the same vibe as the first track, with playful piano and drums making up the beat as the King of Pop sings about a woman whom he is so lovesick over that he doesn’t even want to go out, he just wants to stay in the house and lie in bed with his love.

Fave lyric: “The weatherman said if you’re not well, stay in bed.”

Resembling a few of the songs on Bad, this track tells of MJ meeting a random woman during a flat and being smitten with her. They spend the night in the town and Michael is so happy that he doesn’t want to ever go back home until... he remembers that he has family who isn’t with him. The tables have turned!

Fave lyric: “This place with love and happiness / How in the world could I wanna leave?”

The chains dragging in the beginning of the song will reel you in. This is a track fit for making you want to break dance despite its dark undertone. "Slave to the Rhythm" speaks of a woman who is held in a bad relationship where she is taken advantage of, but she hasn’t realized it because she is too in love to see it. Heavy...

Fave lyric: “She works so hard just to make a way for a man who doesn’t appreciate.”

6. "Do You Know Where the Children Are"

Breaking the cycle of love songs, "Do You Know Where the Children Are" encourages parents to watch over their kids. MJ’s verses get a little darker as he mentions the story of one little girl who ran away because of her abusive step-father.

Fave lyric: “She’s off to Hollywood / She says she wants to be a star.”

Bringing the love song/heartbreak theme back, the King of Pop sings about how what goes around comes around in "Blue Gangsta". Specifically, the song is about a girl who has left him to be with another man but how he will get her back in return...

Fave lyric: “You can no longer make me cry.”

This smashing album concludes with its final track, Xscape. 808 Drums play as MJ gets personal, singing about escaping all of the drama and problems that people are giving him, including relationships and love ones.

Fave lyric: “How could that be my fault?”

For a man who can’t physically make albums himself anymore, Michael Jackson still manages to hold on to his “King” title. His latest album, Xscape, is already topping the charts with fresh songs that were written years ago.  Fans are already asking for a tour — guess they’ll have to bring that hologram back!