6 Reasons Why 'Grand Theft Auto' is the King of Games! 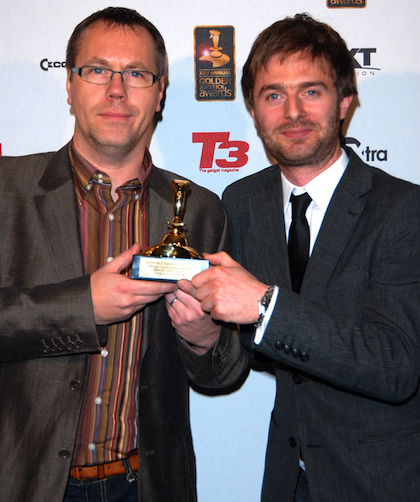 The action-adventure crime game known as Grand Theft Auto, or GTA, is taking hold of the video game crown. Breaking the record for most expensive video game made (a $265 million budget for GTA V), it’s clear the people of RockStar North know how to make even top movie budgets look bad — but can it be called King? Here are 6 reasons why that answer is HELLS YES:

1. When picking apart any game, we first have to look at its originality. This series has always been original, even in its baby stages of GTA I and II (the ones we never talk about). Grand Theft Auto was the first to provide gamers with a game play where they can be a criminal that steals cars (hence the name), robs banks, and makes assassination attempts. There really wasn’t anything like this game in 1997 when it made its debut. If we’re honest about it, the graphics were not comparable in grandeur to modern-day visuals — which brings me to the second reason why GTA should be considered King...

2. In the days of Nintendo 64 and PC graphics, when floppy disks were the USBs of the time, GTA stood out because its graphics were up to par. As time passes on, the technology in the gaming industry increases drastically. Grand Theft Auto, however, surpasses the average in video gaming visuals each time it releases a new installment. The most recent release, GTA V, had a tremendous jump in their visual upgrades and made the picture crisp and lifelike in detail. The graphics were so good that consoles such as Xbox 360 and PS3 weren't equipped to handle the visual upgrades that were meant for PS4 and Xbox One.

3. Fans will remember CJ, Niko, Trevor, Michael, and Franklin and laugh to themselves while reading this because it’s true. Why? Because the creators worked their behinds into oblivion to produce a mind-blowing story that keeps the gamer coming back again and again. Wonder how GTA can sell one billion copies in three days? The story itself is how. Each story of the series is well-written, lengthy, and utilizes responsive game play. The developers at RockStar combine these to make a storyline that will stick in the player’s head. Speaking of staying in the player’s head...

4. Music. From GTA III to current, the music is hands down some of the best in video games. The reason it cannot be argued otherwise is because the games deliver radio stations that play a variety of artists from Michael Jackson to Kendrick Lamar and genres from classical to straight hip-hop. If you’re still debating the quality of the music choice of GTA, a fantastic hidden feature of GTA V is that you can connect your own music. Now the greatness of music is up to you!

5. Grand Theft Auto has been available on 17 different platforms and has released 16 different games and four expansion packs. All this has allowed for the game to be marketed to a maximum audience in the gaming world. Looking back across all platforms and the most popular games developed for them, not many games have been successful across multiple. Besides classics like Super Mario Brothers, GTA is one of the only games to bring players back no matter which consol they preferred to play it on. PC, GameBoy, Dreamcast, Playstation, Xbox, and even Android, among others, have provided gamers with a method on which to play their beloved game.

6. And the game is loved because it all comes down to the fact that it’s memorable, and all great kings are remembered. One of the many ways which it is memorable is thanks to the voice actors. Earlier I joked about the game putting movies to shame, but these games are becoming movies themselves with all-star voice actors like Samuel L Jackson (Officer Tenpenny), Michael Hollick (Niko Bellic), and Ned Luke (Michael), to name a few. The GTA cast who voice the actors really rehearse to sound perfect and make the gamers' experience more than just a game but a memory. A solid memory!

Breaking down the series, anyone can see that Grand Theft Auto deserves the title of King because it really caters to its audience. It’s a video game that has stood the changing of times and platforms, creates solid stories, has wonderful soundtracks, only gets better, and leaves you with great memories. ALL HAIL KING GTA!