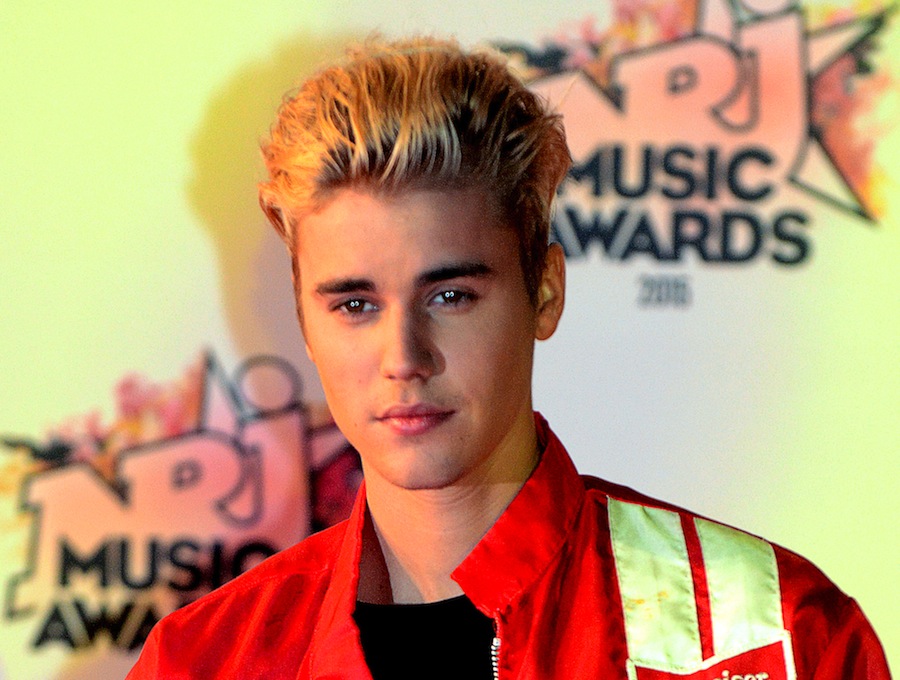 The Prince of Pop has done it again. Justin Bieber's new album, Purpose, is without a doubt his best work to date. It is collectively a piece of untouchable art. Any song off this album could be a single, which is what every artist strives for! The vocal performances are breathtaking and instrumentals are fantastic. So much effort and hard work went into the writing process, along with creating “Purpose: The Movement”. The short films are incredible and create a beautiful portrait of what Justin wanted to represent in his music. WARNING: I will most likely say that every song is my favorite off the album. There is only one way to fully appreciate this album -- we gotta give it the track-by-track treatment!

Stunning, beautiful, and elegant is the best way to describe this song. It is extremely heartfelt and comes from a meaningful place. His vocal runs at the end of the song are also from another planet.

Fave Lyric:“And I won't let us just fade away / After all that we've been through / Imma show you more than I ever could say.”

What I love about “I’ll Show You” is that it really explains Justin’s trials and tribulations over the last few years. It’s as if he is directly talking to you about how he was feeling. The video is visually stunning and captures the essence of being human and feeling real. What more can you ask from an artist than to just be honest? Amazing!

What’s great about “What Do You Mean?” is that it’s relatable. There are so many times when you just don’t know how someone is feeling and you want to scream -- WHAT DO YOU MEAN?  Okay, maybe not scream it, but you get what I mean...

Fave Lyric: “You're so indecisive of what I'm saying / Trying to catch the beat, make up your heart.”

Now, this track is a personal favorite off the album. This song is more upbeat, but it remains within the tone of the rest of the album. It’s truthful and honest, while still being fun. How could you not jam out to this in your car? Dance party!

Currently in love with all of these short films. The lyrics in the song completely represent the dance movements. “Love Yourself” is extremely raw and to the point, in the best way possible. Justin does a great job of representing feelings without being rude or disrespectful to what happened in that specific situation.

Fave Lyric: “And I've been so caught up in my job, didn't see what's going on / And now I know, I'm better sleeping on my own.”

You never know what you’re going to get when you’re around different kinds of people. Oh, company! Can we take a minute to appreciate the dance sequence in the middle of CityWalk?

Relationships with people can be tough, but worth every second. A lot of the time we realize how much someone means to us when they are no longer there. The lyrics for this track are EXTREMELY relatable.

Fave Lyric: “I'm realizing how much you made a change in my life / And I don't wanna spend it with nobody else.”

Three words: love, love, love! We all have those people in our life where things don’t make sense unless they are there with us. Travis Scott’s rap portion is phenomenal. Get it, boo!

Fave Lyric: “The sun don't set the same as you're watching it go down with me / And I won't sleep the same unless you're waking up in here with me / Oh, my heart’s a vacant house when you’re gone away, it’s so empty.”

The heart can indeed be deceiving. You can have so many emotions at one time that it causes confusion. Feelings can also play a multitude of mind games. This track really pulls on that idea. Can we talk about how great Justin’s and Halsey’s vocals compliment each other? Hoping they will collaborate more in the future!

This song is absolutely beautiful and a current favorite. There is so much truth in this song. A lot of life is about being the best possible you everyday, and the lyrics in this song embody that theme. People across the world will be able to make a connection to this song. It tugs at the heartstrings.

This Skrillex, Diplo, and Bieber collabo was an instant hit. The song is upbeat and definitely makes you want to dance in a grocery store – even if people are staring at you. Got to use that aisle as your runway! Work it!

Fave Lyric: “I gave you the key when the door wasn't open, just admit it / See, I gave you faith, turned your doubt into hoping, can’t deny it.”

It’s all about the future. The next generation essentially holds the key to the future. Check out the short film of these empowering young kids.

Fave Lyric: “What about the children? / Look at all the children we can change / What about a vision? / Be a visionary for a change.”

We have finally made it to the song that created the purpose for the entire album. The highlight of this track is the spoken-word portion -- This quote represents what this album is all about, and Justin gave it all he got when he was creating it. One word: perfection.

Fave Lyric [spoken]: “You can't be hard on yourself for these were the cards that you were given so you have to understand that these, like... that's not who you are. You're trying to be the best you can be but that's all you can do. If you don't give it all you got, you're only cheating yourself. Give it all you got, but if it ends up happening, it ends up happening.”

BONUS TRACKS! (from the Deluxe Edition)

Fave Lyric: “There are percussions, I'm missing your loving / Must be the night, the ghost of a life.”

The variations on this track are insane! It’s a combination of both slow and fast beats, which is awesome.

Fave Lyric: “Make sure that our fireworks be a Fourth of July for life / As long as you stand right by my side.”

A great deal of Justin’s album focuses on relationships and the difficulties that go along with making those relationships work, while trying to hold on to the good. Boy oh boy!

Fave Lyric: “It's like you're always looking for a problem / The raining of equations for you to solve 'em.”

Relationships are all about trust. This song captures that idea. The background instrumentals remind me of something you would hear in a jazz bar with dim lighting.

Fave Lyric: “Yeah, sometimes the heart what's invisible to the eye / All you gotta do is listen to too your deepest feelings.”

Could sing this all day! Enough said.

Fave Lyric: “I always felt like I had to be the best at everything / Because I, I just didn’t think I wasn’t good enough / And maybe if I was good at something, that I’d get recognition from that / But I quickly found out that, I wasn’t going to get the recognition that I wanted or that I needed / Because, because people aren’t perfect.”

Justin has put so much time and effort into this album and it shows. From the songs to the short films, it is a complete story! Purpose showcases Justin’s growth as an artist; the bonus tracks alone could stand alone on their own album. He is back and better than ever, and we are so proud of him. He has also announced that he is going on tour. YAY! Hats off to Justin, this is one for the books.