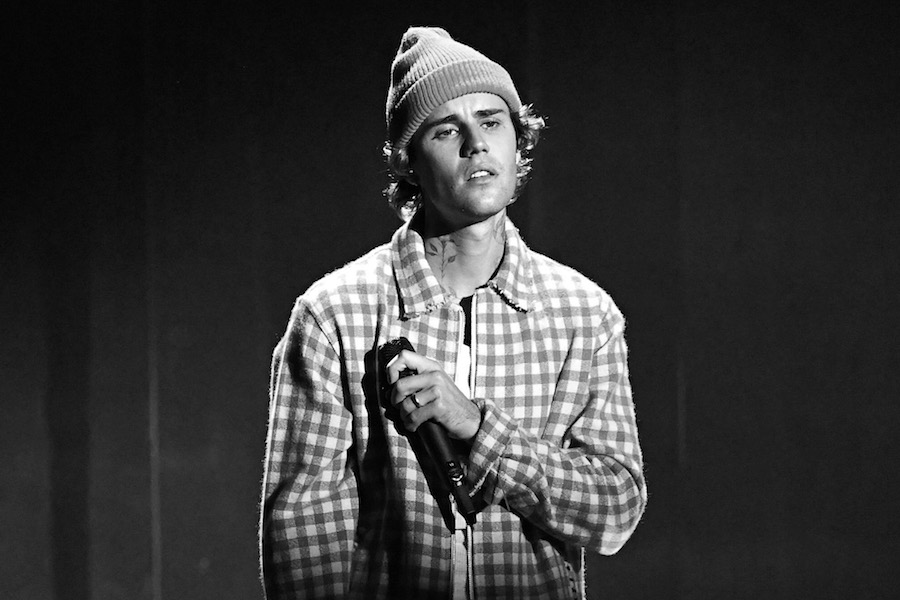 Justin Bieber released his 6th studio album titledJustice which is currently topping the charts. The album takes you on a journey through the singer's newfound journey of love and marriage. Though the album is an ode to love, the singer does his best to bring awareness to injustices and standing up for what you believe in.

Let's break it down track by track!

“2 Much” kicks off the beginning of the album by playing a recorded quote byMartin Luther King Jr. The quote “Injustice anywhere is a threat to justice everywhere” is a circle back to the album’s title Justice. From there the song describes wanting to spend as much time with your significant other as possible, giving a glimpse at how fearful Justin is of missing any important moments with the one he loves. He sings of being content and the feelings of knowing that this person is exactly the who he is meant to be with for eternity.

Favorite Lyrics: “Don't wanna fall asleep / I'd rather fall in love cause eternity with you ain't long enough…”

With more of an upbeat feel, “Deserve You” is a classic story of a boy not feeling worthy of the girl he loves. Justin believes that at any moment he can turn back into the man he used to be instead of the one he has become. He reflects on how he ended up with someone that is seemingly perfect for him, and because of that, he is struggling to understand how he got to this moment.

Favorite lyrics: “I need you more than I let you believe I do…”

“As I Am” starts off slow with soft vocals introducing Justin andKhalid. However, their voices begin to echo as the chorus kicks in, letting everyone know exactly who they are. The artist gives you a look into their insecurities within a relationship. Justin sings of his appreciation for being loved for all that he is despite his past mistakes. Both artists acknowledge the feeling of having someone that sticks by your side through good and bad.

Favorite lyrics: “Take me as I am, swear I'll do the best I can…”

With the sweet strums of guitar chords, “Off My Face” takes you back to that warm feeling of being purely in love. Justin’s smooth vocals describe how being in love makes him feel from a physical perspective. The song is quite whimsical and emphasizes the way being in love can make you feel.

A more gospel approach is taken in the song “Holy”. Artist Chance the Rapper is featured on the track and is known for using upbeat gospel sounds in his music. The song definitely has a church-like feel to it but includes a modern sense of pop. Through a story of faith and love, this song is an ode to patience and strong faith. Justin’s faith is something that helps to keep him moving forward and gives him confidence that all will be okay in the end.

Favorite lyrics: “'Cause the way that the sky opens up when we touch / Yeah, it's makin' me say...”

“Unstable” starts off eerie with Justin’s voice echoing each line. As the song continues, we hear Justin reflect on pushing away someone close to him trying to love him. Now that time has passed, the artist can reflect on how this person was there when he was broken, serving as a constant piece in his life, even when he himself felt he was out of control.

Favorite lyrics: “Never judged me when I was unable / To love myself, to trust myself….”

This interlude is another recorded speech from Martin Luther King Jr. that reflects on the current racial climate in America. MLK talks about how some people are afraid of change and how taking a stand may not always be easy, but if you stand for nothing then you are essential apart of the problem. The interlude's message resonates with Justin, who is active in highlighting current injustices across the country and ties back once more to the title of the album.

“Die For You” displays subtle techno vibes with electric guitar and drums, with a similar sound to The Weeknd. Justin discusses how he’s met the girl of his dreams and, regardless of the circumstances, is never letting her go. So much so that he would risk his own life to be with her.

Favorite lyrics: “I would walk through burning fire / Even if your kiss could kill me, you know I would die for you…”

As the album starts to progress, we hear songs like “Hold On” that give more of an upbeat dance track. “Hold On” sees Justin describe being hopeful because, at times, he wants to give up. He is reminding us to hold on and that he understands what it is like to lose hope. However, he mentions there is still a lot in this world to look forward to.

A much faster-paced song on the album, Justin explains that everyone needs a person to be there for them. He describes what it can be like to need someone to help you when you are afraid, or someone that will be there even when everyone else seems to leave.

“Ghost” is a song that emphasizes the importance of being around loved ones. Justin describes missing those close to him when he is far away. He sings of even settling for the ghosts of those he loves just to be in their presence.

Favorite lyrics: “If I can’t be close to you, I’ll settle for the ghost of you…”

“Peaches” introduces laidback vibes with the light R&B tones that bothGivēon and Daniel Caesar bring to the song. Justin seems to sing an ode to different regions of the U.S. and what they have to offer.

Favorite lyrics: “I got my peaches out in Georgia…”

This dance track explains wanting to love someone like they have never been loved before. Justin says how he wants to be different from the rest in the best way possible.

Favorite lyrics: “There’s beauty on your lips / I drown with every kiss, I'm not used to this….”

With Another collaboration, Justin and Burna Boy add some reggae vibes to “Loved By You”. The song is about wanting someone’s attention but being afraid that, once you get that attention, you will do something to mess things up. The vulnerable words in the track describe Justin’s need for love.

Favorite lyrics: “I bought a castle in France and it's the same one I built in the sand for you...”

“Anyone” can be looked at as a song dedicated to the singer’s wifeHailey Bieber, expressing his love for her and the time they spend together. He says that he can’t see his life without her.

Favorite lyrics: “Lookin' back on my life, you're the only good I've ever done …”

A vivid picture is painted with the voices of Justin and benny blanco. The two artists describe what it is like to be a super star and the struggles of growing up in the spotlight, and the internal debate between being grateful for what you have and not wanting the fame at all is prevalent in this song.

Favorite lyrics: “What if you had it all, but nobody to call?”

Justin admires everything about his partner in this song; it talks about being so captivated by his lover, it does not take much for her to impress him and he can’t get enough.

Favorite lyrics: “Must be natural cause you don't even notice (Oh-oh) / How you don't go nowhere without going unnoticed? (Oh-oh)”

With another classic collaboration with Jaden Smith, the duo use their voices to explain what it is like to not have someone by your side that you trust and can be completely open with.

Favorite lyrics: “They could open Heaven's gates / But without you, I'm just stuck in the clouds….”

With a softer touch, “Lifetime” lets Justin use his strong vocals to reflect on the people in his life that have helped him get to where he is today, the lessons he has learned and the people that have come and gone from his life. However, the woman that he loves will be there for a lifetime.

Starting off with an acoustic guitar “Wish you would” turns into a sensual track featuring rapper Quavo. Having a woman that holds you accountable in the best ways is what Justin says he wants in this song.

Favorite lyrics: “What's the use in calling me / If you ain't gon' be all the way with it?”

No stranger to mixing pop and R&B, Justin and DaBaby are looking for a best friend in their lovers. Both artists describe that they want to be with someone that can accept them for their mistakes and can take on the world together.

Favorite lyrics:  “I want you and only you, yes, I do / I wanna kick it like kung fu, wanna see what the drums do...”

As the final song on the album, “Name” is a sweet lullaby-like song that combines both Tori Kelly and Justin’s voices that blend beautifully in the chorus. The song takes you on a journey with Justin and Tori as they explain what it is like to love someone over a long period of time. The love never seems to fade even if time does.

Favorite lyrics: “We're only getting better at pretending we're okay / And after all this time...”

What are you favorite tracks from Justice?