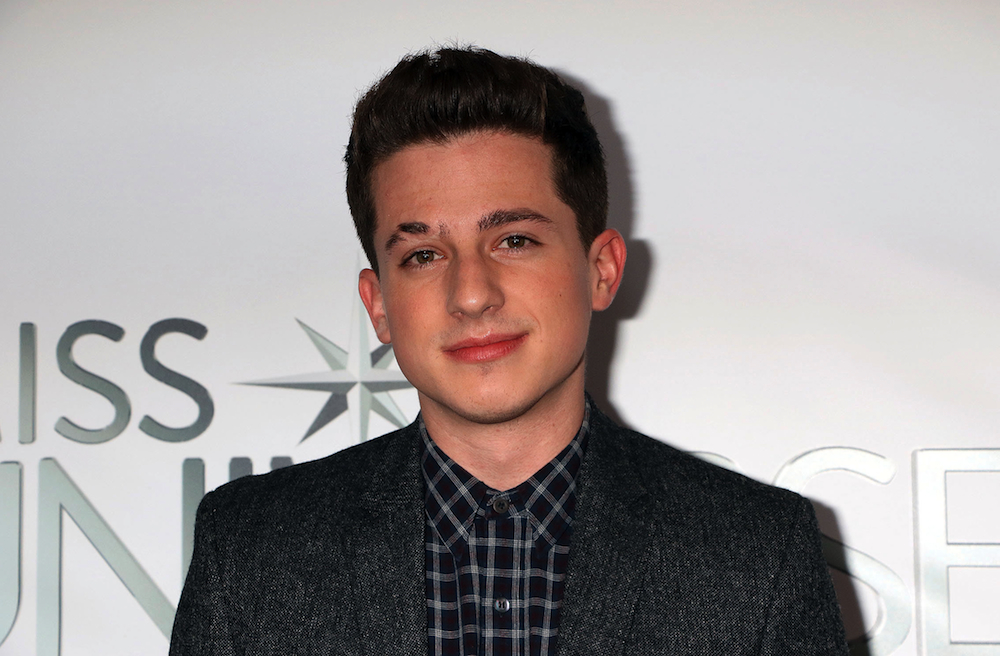 Charlie Puth’s highly-anticipated debut album, Nine Track Mind, finally dropped on Friday, and it did not disappoint. There is so much variety on his album that embodies the idea that music is timeless. People 40 years from now will still love this album. You know we had to show it some love and give it the track-by-track treatment!

This was one of Charlie’s hit singles after his smash “Marvin Gaye”, the premise of which is being there for someone when they need you. It’s all about a love story when someone could be across the country, but there only “one call away”. The video stars Ellie Hahn as Charlie’s love interest. He even had to learn how to roll film for the video projection scene! The song also just cracked the Top 30 on the Billboard Hot 100!

Fave Lyric: “And when you're weak I'll be strong / I'm gonna keep holding on.”

If you're going through a breakup, crank this one up loud. It’s an upbeat track that you can definitely let out some aggression to. A big element in Charlie’s album is the use of the piano, and Charlie uses it to great effect on this track.

Fave Lyric: “Usually I hold the power with both my hands tied behind my back/ Look at how things change 'cause now you’re the train and I’m tied to the track.”

Let’s get it on! Charlie’s song “Marvin Gaye” was an instant radio hit, thanks in no small part to the amazing Meghan Trainor. Charlie said the song came from seeing so many beautiful girls in L.A. and wishing he could be with them -- oh Charlie! The music video takes place at a high school and looks like a lot of making out is going on. I mean, did you see that AMA kiss? WOW!

This is a personal favorite off the album. Charlie loves old-school melodies, and this song sounds very different from the rest. It will really resonate with the audience because it draws on the idea of feeling like you're going a little crazy from being in love.

Who doesn’t love this smash hit with Selena? The song had been teased by the pair in snapchats and instagram videos before being released last week, and it was everything we wanted it to be and more. It will definitely make you miss that one person you wish you could still talk to. The song was actually produced in Japan, which explains a lot of the musical variations in the song. Selena even recorded her portion in a closet at Charlie’s place!

Fave Lyric: “Cause even after all this time I still wonder / Why I can't move on / Just the way you did so easily.”

You know when you like someone and you will do anything to get their attention? This song completely embodies that feeling. I would love for Charlie Puth to take me to Paris!

Fave Lyric: “I’d buy a couple Red Eye one-way tickets to Paris doing first class rate / Then I’d carry your body to the top of the tower to kiss your lips at midnight.”

“Up All Night” is that song that focuses on the idea of trying to get over a person that never really shows you any commitment, but still wants you. Relationships can be so tricky, amirite?

Fave Lyric: “All the things that you said to me yesterday playin' over in my mind.”

Talk about old school vibes, here’s a nice song that does it justice. If you feel like your love life is pulling you in multiple directions, this is the song for you. It’s all about looking at things from a different perspective.

Fave Lyric: “I said times are changing, tell me how can I keep up / Every time that I turn around there’s a wall / But I’m climbing daily until I see the top.”

This is such a sweet song. Everyone wants their significant other to only have eyes for them and this is one of those songs! Charlie knows how to pull on those heartstrings. Definitely a hopeless romantic.

Fave Lyric: “Some girls walk in the room and everything remains / But when you opened up the door, my life completely changed.”

“Suffer” was actually one of the songs from Charlie’s EP Some Type Of Love. It has a really nice R&B vibe that will take you back in time. It reminds me of a present-day Boyz II Men jam, all about wanting love and quite sexy.

Fave Lyric: “I'm just a sucker / For a cold-hearted lover / You make me suffer.”

It’s always the best thing when someone loves you just the way you are. It’s the perfect story for a rom-com! The track also features Shy Carter, who is a songwriter, singer, and producer that's previously worked with an array of different artists including Rob Thomas, Sugarland, Faith Hill, and Ashanti. Talk about variety! His rap verse brings a nice island vibe to the song.

This is another track that was also featured on Charlie’s EP. This song is about loving someone unconditionally, and it sort of reminds of that song Adam Sandler sang to Drew Barrymore at the end of The Wedding Singer. Super cute. Just picture Charlie Puth singing to you on a plane -- I can work with that. The song concludes the album on a high note about being in a positive relationship.

Fave Lyric: “When we're old and gray / And our faces changed / There won't be a moment when my heart don't feel the same.”

It looks like Charlie is starting 2016 off right! He just released a smash album and is about to go on a U.S. Tour starting in March.

What is YOUR favorite track from Nine Track Mind? Tweet us!