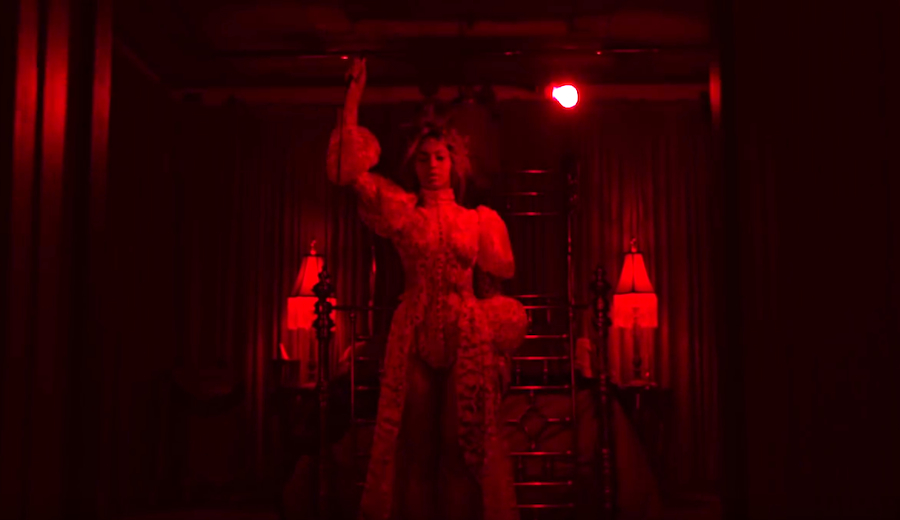 Unless you have been living under a rock, you are probably aware that Beyoncé surprised us all by dropping a new album this past Sunday. It turned out that her HBO special, “Lemonade”, was actually a release of the album (which shares the same title) in a visual format. Her sixth studio album may easily be her darkest, and the striking visuals that accompany the songs only add to the effect. Here is the original trailer for the film:

Lemonade is a meld of numerous musical genres, including hip-hop, soul, rock, country, reggae, and blues. The album’s running theme is every woman’s journey through self-knowledge and healing, and the film even marks the different emotions women experience as they go through this (Denial, Anger, Apathy, Accountability, Forgiveness, Resurrection, and Hope). Beyonce has mentioned that Lemonade was inspired by her and her husband Jay-Z's grandmothers. Many of the visual components feature themes focusing on the historical trauma black women have suffered from marital relationships, slavery, and police brutality. “Lemonade” (the special) includes a combination of poetry and prose from Somali poet Warsan Shire, and includes segments directed by Khali Joseph, Melina Matsoukas, and Mark Romanek.

Queen Bey collaborated with a number of artists on the album, including Jack White, The Weeknd, James Blake, and Kendrick Lamar. Lemonade is a bit too complex of an album to summarize in one paragraph, though, so here is breakdown track by track:

The first song is a surprisingly haunting melody. In the film, striking visuals accompany Beyoncé as she mourns a lost love. The tone of the song reminded me of “Listen”, from the musical Dreamgirls, in which a character declares her freedom and determination to go out on her own.

A complete shift in tone and melody, “Hold Up” has a distinct Reggae influence. To accompany the upbeat Caribbean feel, she even dons a bright yellow dress and proceeds to smash up the neighborhood with a baseball bat (okay, that’s not Reggae, but it does prove how powerful she is). The song's perky belies the rather dark subject matter. I also enjoy the nod to the Yeah Yeah Yeah’s “Maps”, which is quoted throughout the song.

The most rock-and-roll song on the album, “Don’t Hurt Yourself” is one of the most interesting musically. It begins with a traditional pop/hip-hop feel before shifting into pure rock. The song’s rhythms and drums (which samples from Led Zeppelin’s “When the Levee Breaks”) reflects Beyoncé’s sheer anger.

Also known as the #hashtag song, “Sorry” is a flurry of hot hashtags such as #SorryIaintsorry. The track is a bit more simplistic than the other songs, but its repetitive nature makes it one of the most catchy. While “Sorry” is a bit more traditional Beyoncé, it is paired with an African drumbeat, which helps to reinforce the recurring theme of power.

If you ever want to make a song super sexy, just include The Weeknd. “6 inch” may be the hottest song on the album, a fierce number that will have you seeing red (literally... the accompanying video is bathed in red).

This one is pretty straightforward, all about dealing and learning from one's dad. Even though the song has rather dark lyrics, it features a Spanish guitar and borders into Country territory. It is a little odd to hear Beyoncé sing a Country tune, but it works -- and only proves how musically versatile Beyoncé is.

What may be one of the gentlest songs on the album, “Love Drought” sounds like signature Beyoncé. The song flows quite nicely into the next one, which is...

What is easily the darkest and most powerful song on the album, “Forward” takes a poignant stand against police brutality. While the song alone is depressing, the visuals show the mothers of the victims of police brutality, holding their pictures up as tears slowly fall down their cheeks. This song is designed to pull at your heartstrings and more than succeeds.

Beyoncé ventures into gospel with this track, which fits (considering the title) and sounds epic -- the lyrics and the sheer power of Beyoncé’s voice will inspire you to keep going, no matter who tries to hold you down.

This is a rather different song on the album, since it actually celebrates love (rather than rants against it). The upbeat rhythm and hopeful lyrics remind us that love is all we need, making it a much-needed contrast to the bleaker songs on the album.

12. “Formation”: The lead single from Lemonade (the only one to have actually been released), “Formation” is the ultimate power anthem. Beyoncé declares how she is proud to be who she is, and will inspire you to be proud too!

Lemonade is available exclusively on Tidal. Which track is YOUR fave?