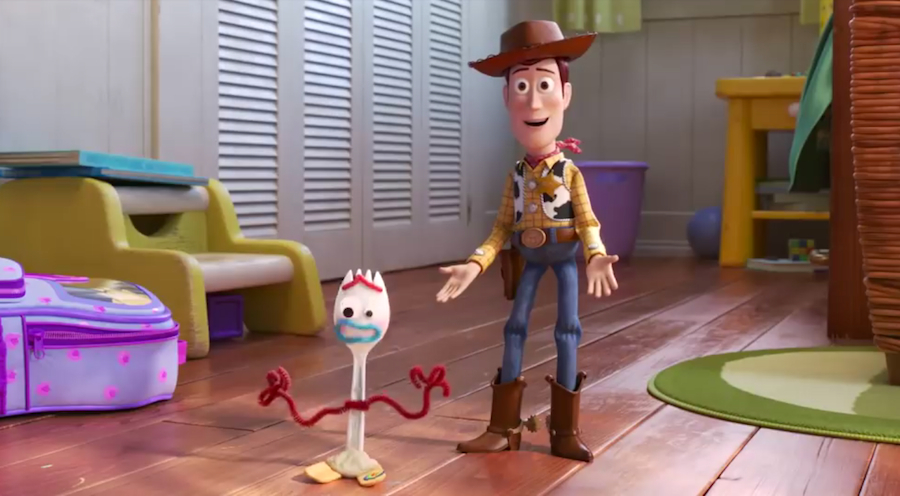 To all of the Scene readers out there, you know “you’ve got a friend in me”, which is why I am here to tell you that the first full trailer for Toy Story 4 is officially out. Can you believe it has been 9 years since Toy Story 3 premiered and ripped our hearts out when Andy went off to college and passed down his toys, including his best bud, Woody, to a little girl named Bonnie?! Toy Story 3 was quite the tear-jerker, but it did feel like the perfect ending to such a great series of movies that touched upon the treasures of being a child, especially because, like Andy, much of the Toy Story audience was on the border between childhood and adulthood themselves.

However, we would be lying if we said we weren’t curious as to what was next for the toys. Well, lucky for us, we don’t have to wait much longer for the fourth chapter of the story! Judging by the trailer, this movie is highlighting a new post-Andy adventure for the toys, which includes saving a new addition named “Forky” (voiced by Tony Hale). Bonnie created Forky herself and Woody decides to take her homemade friend under his wing. Not sure how to handle his new role as a toy, the former eating utensil falls out of a moving RV while trying to escape, and Woody follows. The two find themselves on a journey to get back to Bonnie and the rest of the toys. While on this mission back to Bonnie, Woody runs into an old friend and discovers there is more to the world than he could ever imagine. Woody has always stayed a true to companion to whatever child he belongs to, whether it be Andy or Bonnie, but his new discoveries seem to tempt him to journey down a new path. Will Woody take it? We will just have to wait and see. One thing we know for sure is exactly what Forky said, “Everything’s gonna be okay.”