Top 5 Moments From The Season Premiere of "Arrow"! 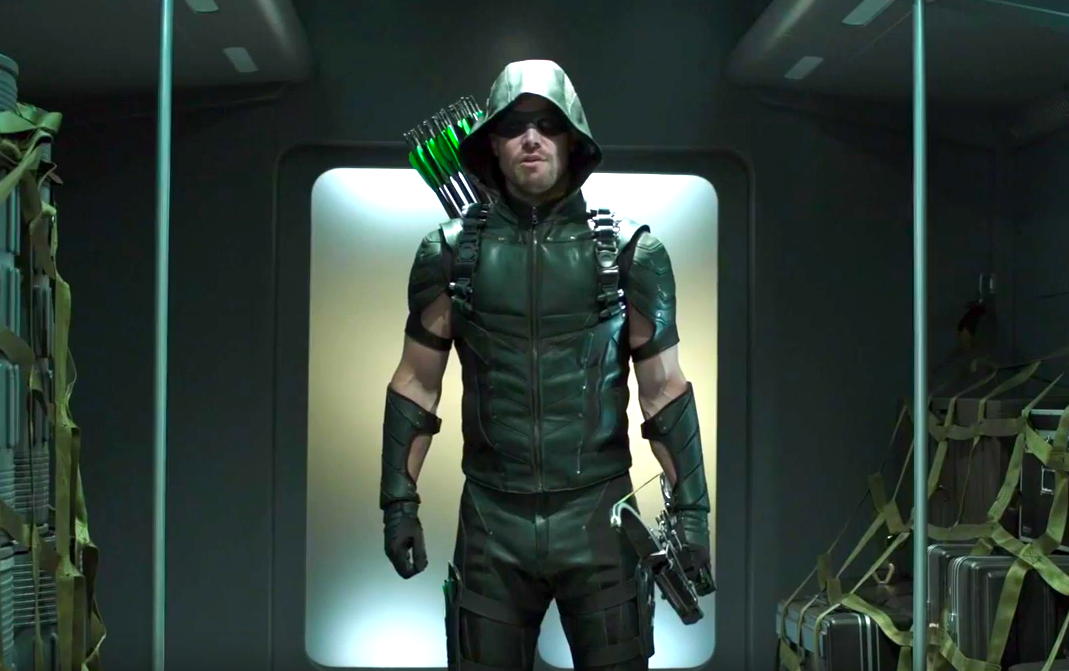 Is that the Green Arrow? You bet it is!

Season 4 kicked off last night, and we got to see some big changes from some of our favorites. Here are the top 5 moments from the season premiere (beware possible spoilers)!

Love is in the air! Looks like these two have moved on from hunting down bad guys in Star City. They now have a home together, and Oliver usually takes control of the kitchen -- Sorry, Felicity, he’s the better cook. Not to mention, we see that Oliver was planning on asking Felicity to marry him! Olicity is forever my OTP. Their scenes together are always the best. Stephen Amell and Emily Bett Rickards have the best chemistry. I wonder what challenges they will face together and apart this season?

I have officially coined the term "tripod" to describe Diggle, Thea, and Laurel’s crime fighting team. I love that we are finally getting to see Thea and Laurel in action! It appears that Diggle has taken over the leader role while Ollie has been away. Hoping these two will mend their friendship soon. Fingers crossed!

Speedy joins the team TOMORROW on a new season of #Arrow at 8/7c!

A photo posted by Arrow (@cw_arrow) on

There’s a new villain in town, played by the extremely talented Neal McDonough, and he’s already stirring the pot. Damien has no intention of backing down, and he’s made that clear to Ollie. YIKES! It will be interesting to see how the team will handle situations with this baddie.

The Green Arrow has emerged. Ollie wants to be a positive image and bring good to Star City. After taking over media airwaves, Ollie announces that we wants to help and no longer be looked at as a vigilante, hence the new name. He also has an EPIC new suit!

Okay, I’m officially freaking out. What was going on with the last scene involving 6 months later? We see Ollie and Barry Allen from "The Flash" at a cemetery. Whose grave are they standing by? Only time will tell, and I will be worried until then.

This season of "Arrow" looks very promising. There is already a different vibe, and I can’t wait to see what’s in store!

What did YOU think of the season premiere? Tweet us your thoughts!