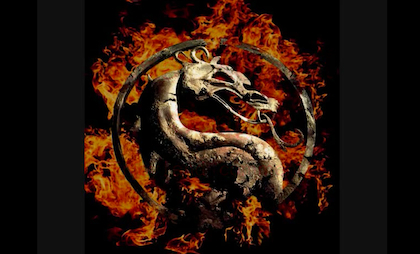 Last month, Mortal Kombat X was released, and with today’s advancements in graphics and special effects, it was everything Mortal Kombat fans have been dreaming about.
Oh the memories that song brings.
There are many different modes you can play: Story, 1 vs. 1, King of the Hill, Survivor, and Test Your Luck. The story continues with Johnny Cage, Sonya Blade, and new friend, Kenshi, looking to defeat Shinnok.
The tenth installment in the series brings back new and old characters with intense new skills, abilities, moves, and fatalities! Each character has three different variations you can play, each with their own special ability or skillset. There are over 15 characters and over 10 downloadable characters to choose from, including Jason Voorhees from Friday the 13th! With the overwhelming options to choose from, let me help you cut down the guess work by presenting my top 5 Mortal Kombat X characters!
Johnny Cage
One of the original MK characters, a martial arts film actor who was originally created to parody action film stars like Jean-Claude Van Damme. His three variations are Fisticuffs, Stunt Double, and A-List. As the protagonist of the series, his comedic relief and kick-butt moves get him on the top 5 list. And in MKX, we see another side of Johnny that we haven’t seen before -- Johnny Cage: The Family Man! Well, almost.
Raiden
Another original character from the 1992 Mortal Kombat and one of the most recognizable characters in the series. Raiden is a Thunder God, protector of the Earth realm. His variations are Thunder God, Displacer, and Master of Storms. Raiden makes the list because his storyline is none like the others; being a God and protector, his character becomes an essential presence in the series.
Check out some gameplay of Raiden in all his variations.
Sub-Zero
One of the most iconic MK characters, Sub-Zero is the only character who's appeared in every MK game. The natural enemy of Scorpion, who is awesome in his own right, Sub-Zero makes our list because of his speed, special moves, and his projectiles. His ability to create and control ice also makes him a fearsome competitor. His variations are Cryomancer, Unbreakable, and Grandmaster. Check out this Sub Zero gameplay:
Mileena
On the other side of the coin, Mileena is the evil twin sister of Kitana. As a strong female character, she can take on any male character in MK and kick their butt. Even though she’s a villain, she makes the list because she is quick, agile, and, well… she eats people. Her variations are Piercing, Ethereal, and Ravenous. Here are all of Mileena’s Fatalities:
Takeda
One of the new characters, Takeda is the son of Kenshi. Taking after his dad, Takeda uses his martial arts skills and telephatic powers but also uses bladed whips to take out his opponents. Takeda is part of Cassie Cage’s Special Forces team. His variations are Shirai Ryu, Lasher, and Ronin. Check out Takeda’s whips in action in his fatatlity:
Mortal Kombat X continues to push the envelope and bring gruesome, gory martial arts fighting into the video game world. And would there really be any other way to end this piece than with a video of every FATALITY in Mortal Kombat X? No, there really isn’t.
- Amanda Baltazar, YH Staff