5 Attractions/Rides We Want to See at Universal's New Nintendo Land! 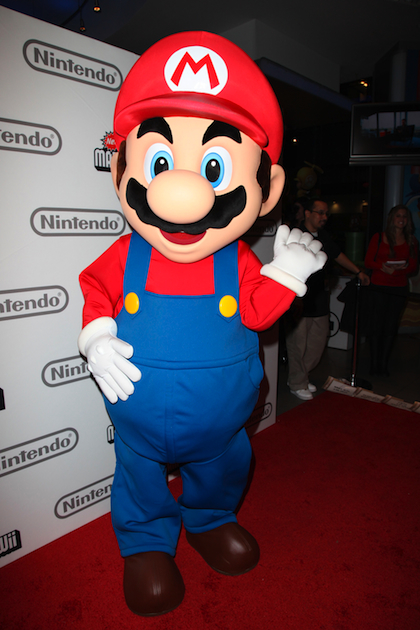 From the folks over at Nintendo and Universal… “Welcome to Nintendo Park!” (It’ll actually be called Nintendo Land, but just go with it.)

Nintendo Land has, as yet, no date for when construction starts, but this sounds exciting! Who wouldn’t want to ride rollercoasters and interact with attractions based on some of your favorite video games and characters? With not much information to go, we’ve decided to make a list of some possible rides that we'd love to see pop up in Nintendo Land:

I’m talking about a ride based on the original Donkey Kong game, where you played as a primitive version of Mario trying to rescue an early version of Peach from the then-evil Donkey Kong. Things sure have changed since this game, especially considering Mario was only named "Jumpman" and he wasn’t a plumber… he was a humble carpenter. The game consisted of jumping over barrels or smashing them with a limited-use hammer as Donkey Kong hurls them at you. As a ride, this could be one where a big hairy guy tosses you into a barrel that sends you rolling down a series of twists, like the actual barrels in the game. Think of it as like the Crazy Mouse at various amusement parks and boardwalks… but in a barrel!

Ice Climbers is a game about two Eskimos trying to make it to the top of a mountain through the magic of teamwork. For a ride like this, I propose that teamwork is what it’s all about -- an outdoor climbing attraction where people team up two by two to make it to the top for the grand prize… VEGETABLES! Oh, I forgot to mention that the Ice Climbers' whole thing is that they are on a hunt to recover stolen vegetables from a giant condor. Maybe they should give out free beer for adults instead. Kids will still have to eat their vegetables.

The Legend of Zelda Dungeon Escape

The Legend of Zelda is one of my favorite video game series of all time. Going into dungeons, trying to figure out your way around its catacombs, and defeating the boss at the end is the primary action of the game, and that sounds perfect as an attraction. I think it would be awesome if Nintendo and Universal made an obstacle course-type haunted house, but as a LoZ dungeon. Go alone or with a group and try to navigate your way out with plenty of jump scares popping up in your way. Make it to the end and defeat the boss to get out. Getting around will be confusing, so who’s to say you can’t find a map like in the game, or, with technology today, download a free app at the start? (Sorry, Smartphone-less people.) Just remember, if you can’t find your way out, then you end up becoming the dungeon janitor until you do.

No clever name, just do the game in real life without harming anybody (hopefully). On the outside, it might look like regular old go-karts, but the brilliant engineers tasked to make this ride can figure out a way for riders to safely set up traps for each other. Maybe it’s something as simple as running over a platform, getting a charge, getting in range of another riding and then pressing a button that slows them down or pushes them off course for a few moments. Either way, Mario Kart has been a fundamental part of growing up and playing video games in a friend’s basement across the country for years now. Let’s bring it to life!

This one will be a lot tougher than all the others to do, but with modern science today, let’s make it happen. Pokémon was really popular in the late-'90s/early-2000s, and then it fell off for a while. It’s back, though, and more popular than ever, so secret Nintendo scientists, I think it’s time you all genetically engineer these fictional creatures for a safari adventure for our entertainment! Who wouldn’t want to get in a car like at Six Flags Great Adventure: Safari Park and see some Pokémon instead of real animals? You could even snap photos like you’re in another Nintendo videogame called Pokémon Snap.

That’s the all the ideas I’ve got, folks. Did you like what you saw here? Is there anything you can think of that you would like to see? Leave a comment below as we try to dig up when this park will start getting built for you!