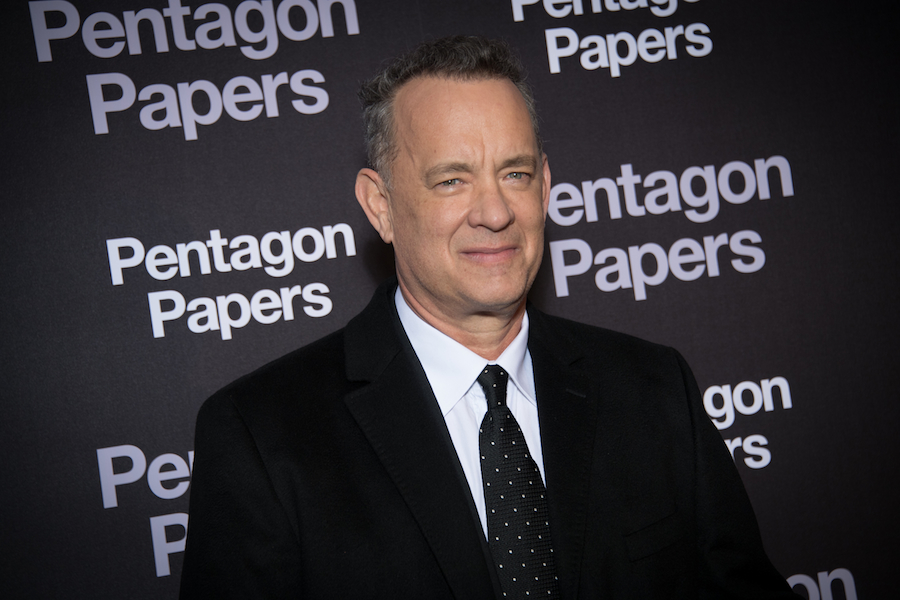 I suppose this was inevitable. When news broke that the Nicest Man Who Ever Lived, AKA Mr. Rogers, was getting the biopic treatment, it seemed only natural to get the Nicest Man In Hollywood, AKA Tom Hanks, to play him.

Hanks is certainly no stranger to the biopic game, having played certified Real People including astronaut Jim Lovell (Apollo 13), newspaper editor Ben Bradlee (The Post), airline pilot hero Chesley Sullenberger (Sully), the legendary Walt Disney (Saving Mr. Banks), and noted volleyball connoisseur Chuck Noland (Castaway). Okay that last one wasn’t real, but the rest are just a few of the real-life figures Hanks has portrayed in the past. But taking on a role as iconic as Mr. Rogers is going to be a challenge that even 2-time Oscar winner Tom Hanks has not yet experienced! Yes, one could argue that Walt Disney is more iconic, but that was just a supporting role – Hanks will be front and center in the upcoming You Are My Friend.

Hanks has a very specific persona, and even in his other biopics, “Tom Hanks” still shines through, and it’s very different from Mr. Rogers’s persona. Too many times in biopics, actors resort to ham-fisted impersonations which will take you right out of the movie (think Cate Blanchett as Katharine Hepburn in The Aviator). Others are more able to seamlessly absorb into the role and make you forget who is playing him/her (think Jim Carrey as Andy Kaufman in Man On The Moon). Still others don’t even try to embody the person so much as they just give a knock-out performance (think David Strathairn as Edward R. Murrow in Good Night, and Good Luck). Tom Hanks is always Tom Hanks, whether he’s playing Sully or Forrest Gump, so I am curious to see if this will still be the case in this movie or if he will sacrifice historical accuracy for just giving a really great, thoughtful performance. Either way, we'll just go ahead and pencil him in on the proceeding Oscars ballot now...

The film will reportedly focus on Fred Rogers’s friendship with cynical reporter Tom Junod, who finds his whole perspective on life transformed while working on a profile piece about the children’s TV show host. Now, this project seems to be completely different than the Mr. Rogers biopic that we reported was in development back in 2013, as the script for this one has been written by completely different people (Micah Fitzerman-Blue & Noah Harpster), is being produced by a completely different company (TriStar), and has a completely different title. Additionally, directing duties have been assigned to Marielle Heller, whose only other major feature film credit is the critically-acclaimed 2015 indie film Diary of a Teenage Girl.

No release date has been set but the film is slated to start production later this year.