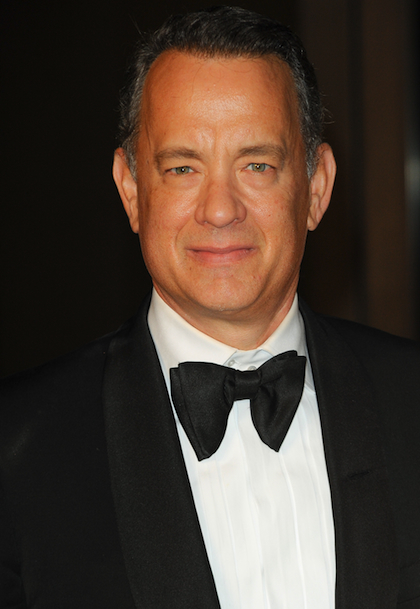 Is there anything Tom Hanks can’t do? Seriously, the man should usurp Superman as the man with the most superpowers in the universe. Now he can add "author" to his list of accomplishments. Hanks recently published his first story with The New Yorker, an impressive feat for a budding writer. Apparently, Hanks enjoys the writer’s life so much that he has now inked a deal with publishing house Alfred A. Knopf to publish his first set of short stories.

The book does not yet have a name, but it will be inspired by his longtime fascination with typewriters. Hanks really enjoys typewriters -- to the point where he has even created an app (aptly named “Hanx Writer”) that mimics the sounds and motions of an old-school typewriter. He’s stated that he’s not entirely sure when the fascination began, but that he did start collecting typewriters in 1987. The stories won’t be about typewriters themselves, but about the types of stories that are produced on typewriters.

In the meantime, Hanks's first story, “Alan Bean Plus Four”, was met with mixed reviews from literary critics. The story follows four friends who orbit the moon in a homemade spaceship (marrying Hanks's love of typewriters with his well-established love of space travel). You can check it out for yourself here. I personally find the concept interesting, and kudos to Hanks for spreading his wings!

Are you curious to read Hanks's new book of short stories?