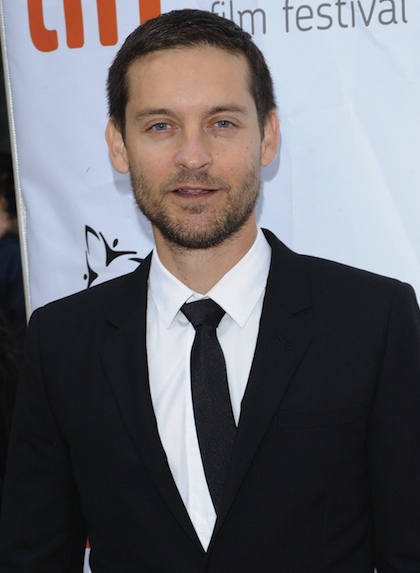 As much fun as superhero and action flicks are, I do have one gripe with them: women rarely, if ever, get to play the hero. For every Katniss in the world there are at least a dozen Batmans, Supermans, and Spider-Mans, which begs the question -- when will women get to show that they can kick just as much butt as the guys?

It seems that Hollywood has finally taken the hint and has recently announced a few action films where women get to save the day. The first will beThe Expendebelles, (which has to be made just for that pun of a title), an all-female spin-off of The Expendableswhere badass ladies will step in to blow things up, as well as Sony’s Spider-Man movie about a woman. Hardly any details have been released about the film, other than the fact that a women will be featured prominently (so, Spider-Woman, perhaps?). But the most exciting of these projects come from Spider-Man himself,Tobey Maguire, who will be producing The Eden Project, a sci-fi action film that will be “female-centric”.

The Eden Project follows two women who do something epic in the sci-fi realm, but beyond that, Maguire has kept his lips sealed about the film. He has made the clever allusion that the film is guarded by a serpent and will be written by Christina Hodson, who has popped up on The Blacklist a few times (not the NBC show; the yearly competition for the best un-purchased screenplays). Maguire has not stated why he is being so secretive about the film, but perhaps he wants to keep an aura of mystery around it (like The Garden of Eden itself).

I’m curious to see who Hollywood will cast in the lead roles. It would be nice to see some unknown faces. In the meantime, it’s great to see some meaty roles for women (finally!).

Are you curious to see The Eden Project?