To Read or Not to Read: The Pros & Cons of Reading the Book Before Watching the TV/Film Adaptation 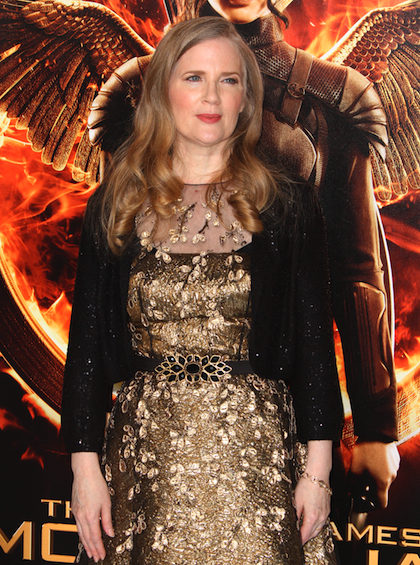 The inevitable disparity between the variations of book to film adaptations will forever leave readers and viewers alike disputing over the many alterations.

Rarely do people enjoy change, especially when your favorite novel has been turned into a film or television series that has strayed far from the original author’s source material that had enticed you to begin with.

With big book-to-film adaptations such as John Green's Paper Town, Gillian Flynn's Dark Places, and Suzanne Collins's Mockingjay on the horizon, many are debating whether or not to read the beloved novels before seeing the stories hit the big screens. Before you make the decision, here are a few things to keep in mind:

What many seem to forget is that, book-to-film or film-to-book adaptations are never meant to remain exact replicas of one another. They are completely different mediums, but so very often are compared as the same.

On-screen stories are meant to captivate the audience with images and sounds that take you on a journey filled with emotions but are often cut short with the limited amount of airtime. In a book, the author can explore many different facets of the story for as long as they want and whenever they want. In a visual adaptation, the story must complete its beginning, middle, and end all within the designated time frame. This leaves fans of the original story frustrated when detailed moments in the novel are left out or altered to fit the story on screen.

Reading the story first only leads to distractions while watching.

If you let yourself be surprised while watching the film or TV show, you won’t spend the majority of your time being distracted by critiquing every moment transformed on screen. With all of the images already created in your mind of how the story is suppose to unwind, you spend most of your time judging to make sure it sticks to the script than allowing any changes to create a better or different understanding of the story.

Imagining the characters and settings beforehand only leads to disappointment.

Readers love to be able to imagine what the characters and settings look like, which is a huge factor in what connects a reader to a story. But, very often, casting can easily turn you off from seeing the onscreen adaptation. As a reader, you tend to create such high standards for the characters and are later left with disappointment if the actors do not live up to your own headcanons.

Reading the story after only informs you more.

Once you've watched a film or television show that has left you wanting more, reading the novel can only make you fall in love with the story even more. You then are able to read all of the “deleted scenes” or “alternate endings” that can ultimately create a better understanding of the story and bring together some of the missing puzzle pieces you may have came across while watching the film or show.

It is always better to learn more than to feel like you are being shortchanged on details and knowledge. If you want to be and stay entertained by both mediums, let visual entertainment such as film and television create the pictures to a story, and allow the authors to fill in the missing pieces and expand in more details by reading the original work. That way, you are left to appreciate both mediums of art and gain a full understanding of each spin on the story!