The 'Wonder Woman' Movie Finally Has a Director... But Wait, It Gets Even Better! 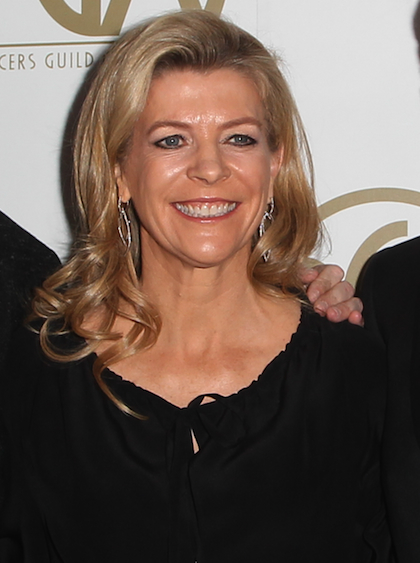 This is a game-changer, you guys.

A woman, and two-time Emmy winner, by the name of Michelle MacLaren, has signed on to develop and direct Warner Bros.’ movie Wonder Woman! I’m so excited, not just because this movie is actually happening, but this is a major coup for female directors in general!

A Wonder Woman movie has been in development for close to two decades now, and Warner Bros. announced they were looking for a female director in October. According to reports, MacLaren was a top contender, thanks to her impressive work on TV shows like "Game of Thrones", "The Walking Dead", and "Breaking Bad". Sources say that there was pressure to hire a woman for the job, as the character has such a strong association with female empowerment (duh, makes sense). However, based on precedence, Hollywood realities were forcing the producers to realize that in recent comic book movies, women directors didn’t really exist. But a badass woman like MacLaren will sure do the movie some justice, right? I’m glad they went against it and hired her anyway! I mean, talk about refreshing.

It hasn’t been confirmed on whether or not it will be an origin film, since Israeli actress Gal Gadot will be making her debut as the Amazonian Princess in 2016’s Batman vs. Superman: Dawn of Justice. And of course no plot details are set in stone either! But, who cares -- one amazing thing at a time, people!

What do you think of the selection? Is MacLaren a good choice?

The Wonder Woman film is slated to release in 2017.