The True Terror Behind 'The Witch' 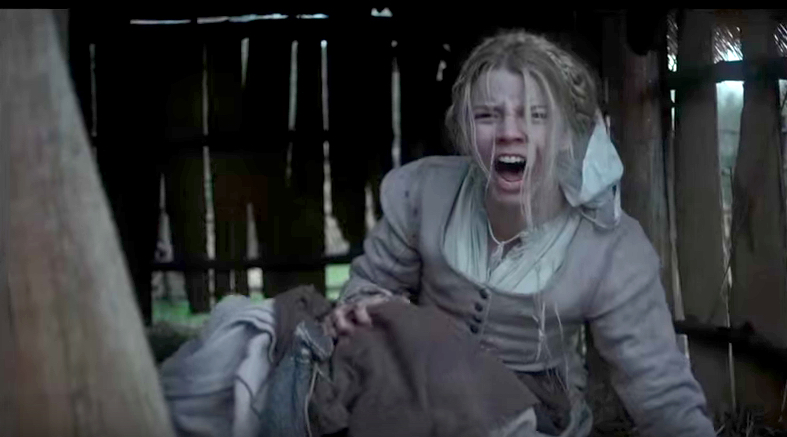 In recent years, films like The Babadook and It Follows served as sterling examples as to just what horror films can accomplish when art and deep meaning take precedence over jump-scares and butcher’s bills filled with arbitrary expiration dates. I am happy to say that Robert Eggers’s The Witch can happily take its place alongside those aforementioned films and, in fact, could easily hold its head up high and stand next to some of the greatest horror films ever produced. Yes, my friends, to my mind it is that good. And while this film did very well during its run at the Sundance Film Festival and has racked up an impressive slew of positive film reviews, there are some grumblings from the general populace that I feel must be addressed in regards to whether or not The Witch is actually a scary movie. Yes, there have been some complaints and even cries of unfairness directed towards a supposedly misleading trailer, which I have strategically placed below in order to allow your own eyes to disprove such nonsense.

So, what makes a good horror film? Before we dive in, I should point out that, for films like The Witch, The Exorcist, and The Texas Chainsaw Massacre, I will always use the term “horror film” and never “scary movie”. A scary movie is a trip through a haunted house at Universal Studios where you are on the receiving end of split-second slices of terror that fade away the moment you start eyeing the nearest concession stand. And, hey, there’s no denying the occasional fun in that. You get to admire some creepy and oftentimes gory aesthetics that evoke compliments such as “cool” and “awesome” while sharing in some cathartic laughter over the ridiculousness of actually being frightened for a short period of time over something ludicrous yet ultimately forgetful. With scary movies (when they’re not entirely awful), you often look back with fondness at the overall experience in general. But horror films are different. Horror films are about bearing witness. Horror films are a silent intrusion into the lives of people that are being, or about to be, consumed by evil and unknowable forces. When looking back at horror, you do so, not with laughter, but with a quiet awe or tense excitement.

In New England circa the 1630s, a devoutly Christian family is banished from their community after an unspoken dispute with their church and heads out into the wilderness to start a new life. And while this story is set in America (albeit an early version), the vast emptiness and coldness of the land make for an environment just as alien as anything seen in last year’s sci-fi hit The Martian. There is nobody around. They are cut off, and in today’s society where “connection” is just a keystroke or button push away, you can’t help but not be somewhat unnerved by (what appears to us as) a crushingly lonely existence. And in the vast emptiness of that old world, there is the great mystery of the unknown. What is out there in the woods and beyond? It’s a fair, fearful, and timeless question, but perhaps a more unsettling one is the question of what truly lies in the hearts of those we care about and depend on. The atmosphere of this film is encased by a slow, creeping dread which makes the few moments of recognizable humanity between our characters stand out all the more. We crave those moments, and their absence leaves a dark and chilling vacuum which is all too easily filled with betrayal and other unspeakable evils.

But let’s get back to that idea of unfairness that I mentioned before, because there is some truth to be found there. The Witch is a very unfair movie; or to be more specific, a film filled with unfairness.

You are born into this world as a sinner. You haven’t done anything wrong, but your heart is filled with sin despite what you actually think and feel. Don’t question this, just know it to be true. Everyday, you have to apologize for practically everything you’ve done because that is what sinners do. The entire world, despite any goodness or beauty that can be found, is full of sin. Everyday is one struggle and confession after the next, but if you can keep it up and persevere, then you can eventually... die. And only then will everything be all right upon your entry into Heaven. Sounds fair, right? What about having your innocence and beauty twisted around so that they seem like they are, in reality, instruments of the devil? You are young, pretty, and filled with love, and because of that, you are most definitely a witch and in league with Satan. A square deal if ever there was one. There is a moment in the movie where one of our characters seems to finally find God and experiences what can only be described as rapture. And then they die, and the rest of the family is left to mourn and tear themselves apart with an almost animalistic sense of distrust. You may not find any of these things particularly "scary", but to deny the horror of them is to demonstrate an almost willful blindness. True horror is a look of hate from someone you love. True horror is being found guilty without any chance to protest your innocence. True horror is a vast and unending world in front of you that you cannot explain.

And then there are monsters. I haven’t forgotten about those and neither have our filmmakers.

Real-life horrors are great fuel for the fire and tend to make the devils that spring from it all the more terrifying. Freddy Krueger haunted the dreams of children and his finger-knives and burnt face were certainly terrifying and memorable, but the fear of going to sleep (something we can all relate to after waking from a bad dream) is what pushes A Nightmare on Elm Street to another level. To forever stave off sleep is a hopeless battle and the inevitability of that failure is the beating heart of that film. In John Carpenter’s The Thing, the monsters created for the film were easily more frightening (in my opinion) than anything possibly imagined by the audience, but it is the paranoia, betrayal, and perseverance of the human characters that cement the film in the minds of so many people, including myself. In the case of The Witch (spoiler alert!), there is an actual witch that exists in the woods with the desire and means to consume and destroy this family. Surely this agent of the devil stands on the side of a line that none of us would dare want to cross. I mean, can any of us really imagine making a deal with the devil?

What if something or someone came along and offered you an immediate result? You get to feel joy and happiness in the here and now and not have to wait until your demise. One little "yes" and you can soar through the clouds like an angel this very minute. You will feel accepted. Instant gratification -- it’s something many of us are very familiar with. And so what if consorting with The Horned One means accepting a blood-soaked kind of primordial existence? Would it really be any worse than the other kind of life I described above? Well, perhaps I’ve gone a bit too far. Maybe it’s an unfair question posited in the midst of extreme cinematic circumstances. We are, after all, a more civilized country and not as prone to jumping at shadows, much less embracing them out of desperation.

Robert Eggers has taken the harsh living conditions of that past, coupled it with the paranoia and religious fervor that also existed, and compounded all of it with the actual existence of an evil higher power. He has a made a great film, and while it might not offer many opportunities to be jolted out of your seat (I counted one jump-scare in the whole film), it does give you the chance to witness something truly horrifying.