The Top 5 Most Inspiring Moments on CBS's "Mom"! 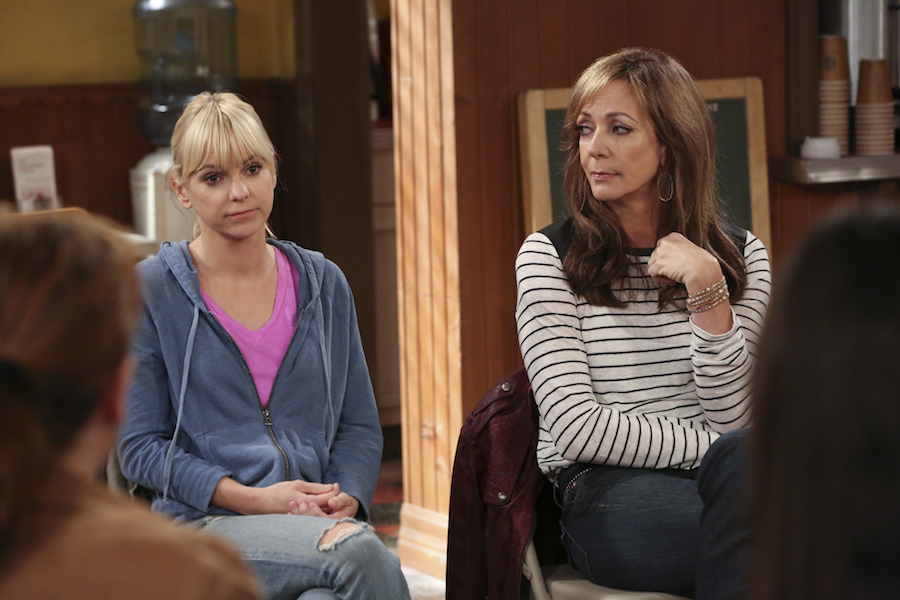 “Mom” has quietly been a mainstay on network television since 2013, winning awards and chugging along for 7 seasons and counting on CBS. So you can imagine our shock when we learned earlier this month that the star of the show, Anna Faris, would not be returning for Season 8!

A lot of questions remain up in the air for faithful fans of the show – not just how the story will carry on without its main character but how the production will proceed in the age of COVID.

“Mom” is about an alcoholic mother, Christy (Anna Faris), who decides to get sober and runs into her own estranged mother, Bonnie (Allison Janney) at her first Alcoholics Anonymous meeting. With the help of her daughter, Christy begins to forgive her mother and let her back into her life. The show has followed Christy, Bonnie and their friends through their journeys to get sober.

In the wake of Anna Faris’s departure, we’ve picked out some of the most inspiring moments from the show (so far) to illustrate how much her presence will be missed!

Christy, who has been working as a waitress for 10 years, realizes that she isn’t where she hoped she would be in life. What was supposed to be a temporary job has become a permanent one. In this episode, Christy makes the decision to get her GED and go back to school to practice law.

This episode is inspiring because, even after multiple setbacks — like learning how long it will take her to get her degree and being hit on by the lawyer who said he would help her by letting her work for him — Christy follows through with her plan to go back to school, standing up for herself and setting boundaries at her new job.

In Season 1, Christy and Bonnie try to help out Alcoholics Anonymous newcomer Regina (Octavia Spencer). However, Regina, a money manager, is wanted for embezzling money from her clients. Christy and Bonnie help her as much as they can but Regina still ends up getting arrested.

Regina is given early parole and returns in Season 2, Episode 21 with a new spirituality and a more positive outlook on life. She moves in with follow AA member Jill (Jaime Pressly) and looks to God frequently to push herself forward.

Regina’s return is one of the most inspiring plotlines in “Mom” because it introduces the audience to a new healing method. While looking towards religion does not help everyone, it does help Regina. She also shows us that it is possible to turn your life around, even after going to prison.

In this episode, drug-addicted teen Jodi (Emily Osment) begins to attend AA. Christy becomes Jodi’s sponsor, helping to keep her sober. She gives Jodi a place to stay, helps her find a job, and helps her mend the relationship with her sister and pay her back the money she stole from her.

The introduction of Jodi’s character shows both Christy and Jodi’s growth. We see Christy acting as a mother figure to Jodi, something she wasn’t able to do for her own kids for the majority of their lives due to her addiction. We also see how addiction can affect anyone, no matter what their age, and that it is possible to get help. Jodi is one of the youngest members in the AA group.

In this episode, Christy graduates from undergrad and is gifted a pair of diamond earrings from her friends. However, Christy gambles away the earrings just weeks after gambling away Jill and Bonnie’s money. With the help of her friends, Christy admits that she has a problem and begins attending Gamblers Anonymous, despite how obviously difficult it is for her. Christy also gets her acceptance letter to law school, much later than her peers.

This episode is inspiring because we see Christy making a tough self-realization, one that she denied vehemently for a long time. We also see her take the steps to get help all on her own, without telling her friends that she is attending GA meetings. We also see Christy’s hard work pay off when she gets accepted to law school. In previous episodes, Christy considered giving up on her dream after getting denied from every school she applied to, but she kept trying and eventually got in.

Earlier in this season, Bonnie ran into Tammy (Kristen Johnston), her former foster sister in prison. When they lived in the same house, Bonnie got Tammy kicked out, which led to her life spiraling. Feeling guilty for what she did, Bonnie makes amends and helps get Tammy out of prison. In this episode, Bonnie and Tammy visit their childhood foster home to make amends and relive some of their childhood memories.

This episode is especially inspiring because we see Bonnie taking a big step in her journey towards sobriety. Bonnie holds a lot of anger and resentment towards the people in her life, her old foster parents included, because she felt that they favored Tammy over her. Bonnie pushes past her resentments and makes her amends, even learning the truth about why her foster parents gave Tammy more attention. This shows that it is still possible to fix things years later.

As you can see, Anna Faris's Christy has been the backbone of this series, so it will be quite challenging (though not impossible or unprecedented) to carry on without her. Season 8 of "Mom" is set to premiere sometime during the 2020-2021 TV season, so stay tuned!