"The Tick" Breathes New Lighthearted Life Into The Superhero Genre! 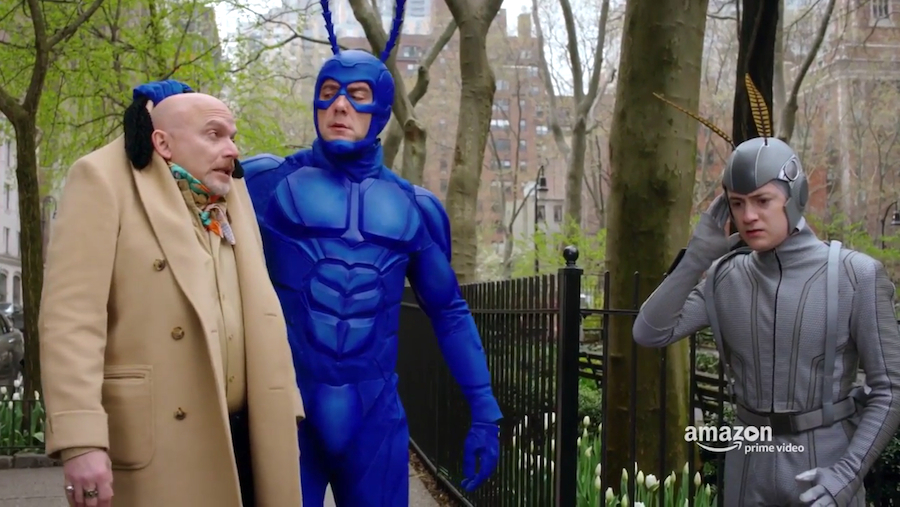 Step aside, Marvel, there’s a new superhero in town. Amazon is set to release its first superhero series called “The Tick” in August, and it looks like it’s going to defy all superhero stereotypes. The show follows an accountant named Arthur who comes to the realization that his town is owned by some evil power. To combat this newfound evil, he teams up with a quirky “superhero” named The Tick, who wears a Spandex blue bodysuit and doesn’t believe in actually hurting people.

“The Tick” originally aired one season on Fox back in 2001, but it was quickly canceled. Luckily, Amazon picked up the show (16 years later... hey, better late than never!) and gave it a 12-episode order and is spacing them out so that the first six will drop on Amazon on August 25 followed by the next six sometime in 2018.

This new adaptation of Ben Edlund’s comic series stars British actor Peter Serafinowicz as The Tick and Griffin Newman as Arthur, the accountant who is bent on proving his conspiracy theory correct. Though Arthur has no superpowers, he gets inadvertently tied up with The Tick and serves as his sidekick.

Based on the trailers that have been released, the show looks like it’s going to be more like Deadpool than The Avengers, in that it’s full of comedy and poking fun at superhero tropes but still with a focus on justice and saving the world.

If you’re looking forward to the show, more news will surely be dropping shortly since “The Tick” during San Diego Comic-Con. Amazon has set up a multi-room replica of the set across the street from the San Diego Convention Center where people can come and tour the location and learn more about the upcoming series. If you’re not going to be in San Diego this weekend, keep your eyes peeled for more information on what looks like is going to be a hilarious new show.