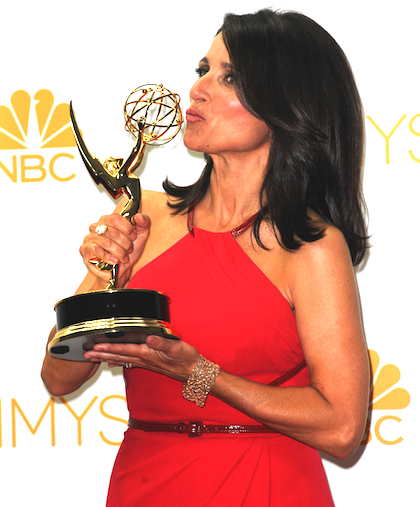 Television has been moving at a rapid pace -- a pace that has sometimes been too rapid for the Television Academy to keep up with. All of the brilliant programming brought to us by both streaming services and traditional television have left quite a few shows out of the Emmy race, due to the Academy’s outdated rules. However, all of that is about to change after the Academy changed its requirements to match that of the changing television landscape. Here are a few of the significant changes:

There will now be seven nominees in the Outstanding Drama Series and Outstanding Comedy Series categories: The number used to be six, so this means that one new lucky drama and one new lucky comedy will have a shot at winning an Emmy. This is quite similar to when the Academy Awards doubled the number of Best Picture nominations from five to ten, which allowed many films that normally would not have received a nod to receive one. Hopefully this means that shows that in the past have gotten overlooked will finally get noticed, such as “The Americans”, “Broad City”, “Nathan for You”, and “Hannibal”.

Shows with running times of more than 30 minutes will no longer be eligible for the Outstanding Comedy Series Race: This will benefit the half-hour comedies that, in recent years, have been overlooked in favor of critical favorites such as “Orange is the New Black” and “Shameless”. Although these shows certainly have comedic elements, quite a few 30-minute comedies with more qualification have not received a nomination. I am hoping that this frees up some space for more Comedy Central shows to finally get recognized.

In order to compete in the Outstanding Drama Series race, shows must have an ongoing storyline, theme, and characters from season to season: This means that anthology shows like “American Horror Story” and “True Detective” will no longer be eligible for this category, which makes room for other shows such as the aforementioned “Orange is the New Black”, which will be looking for a new home now that it has been kicked out of Outstanding Comedy Series contention. The anthology series will compete in a new “Outstanding Limited Series” category. It will be interesting to see which show wins that race, as it is highly likely that “Fargo”, “True Detective”, and “American Horror Story” will all compete against one another.

Sketch Comedy will get a race of its own: For the first time ever, there will be an Outstanding Sketch Variety race. In the past, traditional sketch comedy shows like “Satruday Night Live” have had to compete with (and lose to) late-night talk shows like "The Daily Show", "The Colbert Report", and the "Late Show with David Letterman". Now actual sketch comedy shows shows such as “Key & Peele” and “Inside Amy Schumer” will get a shot at taking home Emmy gold along with "SNL". I would love to see “Key & Peele” get some love; the dynamic duo has consistently turned out clever and hilarious satirical sketches for years now without even a nod from the Emmys.

What are your thoughts on the new rules?