The 'Spider-Man: Far From Home' Trailer is Finally Here, But Beware, So Are The 'Endgame' Spoilers! 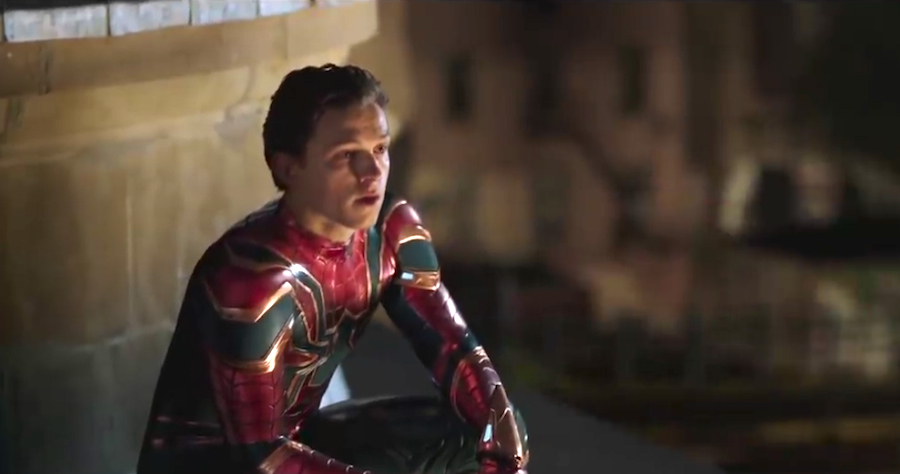 The new trailer for Spider-Man: Far From Home has finally been released, and it looks like there are some big changes coming for the Marvel Universe.

Unfortunately, it seems no one can escape the danger of Avengers: Endgame spoilers, not even Spider-Man (Tom Holland) himself, so this is your official warning: there are many awaiting you in the trailer below. I’ll try to keep them light if you haven’t yet braved a screening of the latest Avengers, but alas, they are impossible to avoid completely.

Far From Home is our first look into the world that remains after the events of Endgame, and though it is missing some of our greatest heroes, at least we still have our precious Peter Parker (sometimes we can have nice things). Sadly, our friendly neighbourhood Spider-Man needs a vacation from avenging the world in his new Iron Spidey suit and wants nothing to do with whatever has Nick Fury (Samuel L. Jackson) trying to track him down. Seems like as good a time as any to take off to Europe with Ned (Jacob Batalon), M.J. (Zendaya), and the gang.

The good mood doesn’t last long. Fury turns out to be the world's most annoying boss, follows Peter all the away across the ocean, and makes him work on his vacation. Boooo. It turns out Thanos’s snap ripped a hole in our dimension and now there’s a whole multiverse of new villains knocking down Earth’s door. Definitely not ideal.

Fury introduces Peter to Quentin Beck, AKA Mysterio (Jake Gyllenhaal), who is from Earth… “Just not ours.” He needs Peter’s help to take control of four new monsters on the loose. I have a feeling this won’t be an easy task, and to make matters worse, Magneto is a well-known villain in the Spider-Man comics, so although he’s looking pretty chummy with our sweet Peter Parker in this trailer, it would be wise to stay wary of his intentions...