The Queens of Pop Aim To Reclaim Their Thrones In 2016 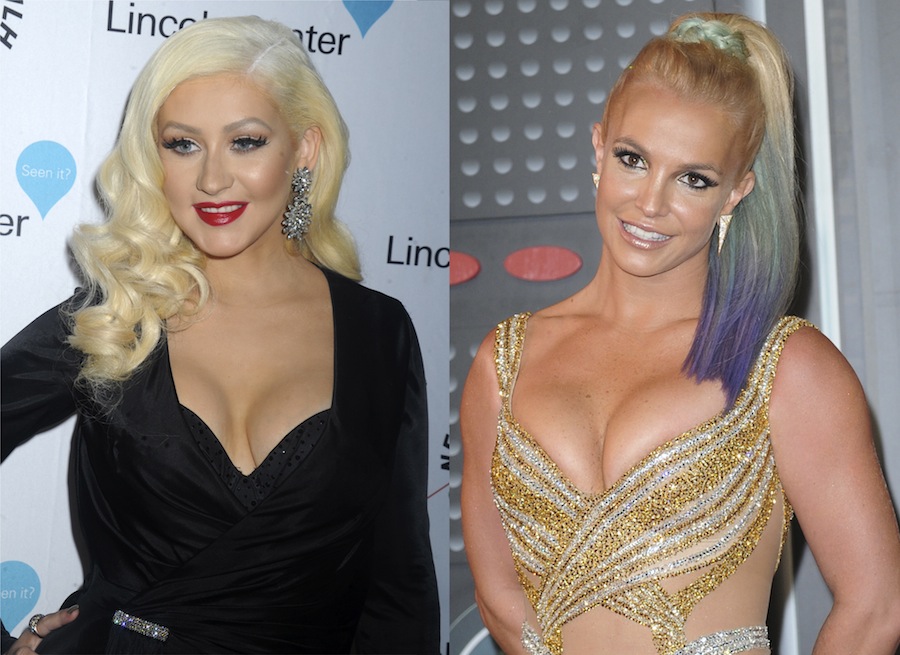 2016 might turn out to be a fantastic year for any fan of early-2000s pop music. Britney Spears and Christina Aguilera are both expected to release new albums – or, at the very least, new music – this year. Although Spears and Aguilera have never faded into obscurity like some of their 2000s counterparts, it’s been years since either had a commercially successful album. It’s time for these two Queens of Pop to come back with a vengeance!

Aguilera can often be seen as a coach on “The Voice”; however, if you blinked, you probably missed the studio album she released while appearing on the singing competition show. Even with help from two of her “Voice” co-coaches, Lotus was Aguilera’s lowest selling album to date.

It now seems Aguilera is working on an eighth album, though there are no details on the album’s title, theme, or style just yet. I have long advocated for Aguilera releasing a duets album to reintroduce herself to digital music listeners/buyers, considering Ariana Grande, Nick Jonas, Tori Kelly, Kendrick Lamar, and other younger artists could really help rejuvenate Aguilera’s music career. She even won her sixth Grammy in 2015 thanks to a collaboration with A Great Big World.

Whatever direction this eighth album takes, Aguilera needs to remind fans of her exquisite vocal abilities and powerful lyrics.

Britney Spears, meanwhile, has taken Las Vegas by storm with her extremely successful residency show, Britney: Piece of Me, which opened in December 2013 and has been extended until 2017. It has since become a must-see show in Vegas and has helped Spears maintain popularity and positive press. Spears confirmed she was working on her ninth studio album in November, and most recently, her longtime manager, Larry Rudolph, said the album was “80 percent done.”

Spears’s latest single, “Pretty Girls” featuring Iggy Azalea, flopped as well as her 2013 album, Britney Jean. As a huge Britney fan since 1998, I desperately want her to release an album that is commercially successful. She had a great run with Circus in 2008 but has not been able to produce a successful single since 2011. Teaming up with Max Martin (who worked heavily on Taylor Swift’s 1989) once again and returning to her dance/electropop background will help Spears prove to new listeners exactly why she is the Queen of Pop.

It certainly isn’t easy for pop stars to stay relevant for nearly two decades – especially in a Taylor Swift-dominated world. However, Spears and Aguilera are fully capable of producing quality albums topping the charts. I may be a little bias being that I grew up with them during the height of their success, but are you excited of hearing new music from Spears and Aguilera?