The Pros & Cons of Binge-Watching: Hulu to Release "The Mindy Project" One Episode at a Time 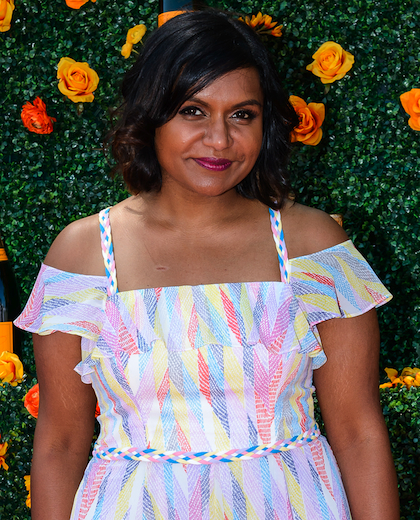 Thanks to streaming services like Netflix and Hulu creating their own original programming, we have seen a new trend in television-viewing habits that we’ve all grown accustomed to -- namely, binge-watching. Binge-watching is, of course, the act of committing much of your day or weekend (if not all of it) to watching entire seasons of a television show, back to back. The trend has really started to catch fire over the past few years now since both Netflix and Hulu have released entire seasons of TV shows at once, including their own original content like Netflix’s much-watched and critically-praised “Orange Is The New Black” (OITNB).

However, Hulu has recently announced they want to change things up for viewers and release their shows one episode at a time, like their upcoming continuation of “The Mindy Project”.

Is Hulu the first streaming service to do such a thing? Nope. In fact, the newly launched and free-to-view Yahoo! Screen did the exact same thing after they picked up “Community”. Netflix also tried releasing their original show “Between” one episode at a time but were met with much backlash from fans; to be fair, though, “Between” has a much younger audience more accustomed to binge-watching. Hulu said their reasoning for making the change to one episode per week is because they want to bring back the world of the “water cooler”, which stems from the idea that the morning after an episode of a hot show airs, co-workers will chat at any office in America about it on a quick water break. But some people might prefer watching everything at once, so let’s take a look at some pros and cons of binge-watching:

- You can watch the show at your own pace and whenever it is convenient for you. Let’s face it, sometimes watching a television show can feel like a meeting each week. You have to set time aside to watch it and sometimes you just might not be in the mood to check it out at that time.

- Maybe you just really don’t have any plans and watching an entire TV show or season gives you something to do, like somebody I know, who I can assure you isn’t me, the other weekend when “Wet Hot American Summer: First Day of Camp” hit Netflix.

- Keeps you out of the sun. This one is for my pale brethren. Sometimes it’s just too darn sunny and hot.

- Some shows seem like they’re made for binge-watching now. A lot of the cliffhangers at the end of these made-for-Netflix or -Hulu episodes really end abruptly with you thinking, “Well, of course, I have to see what’s next. I can take a shower later… tomorrow… next week instead.”

- It can be a major time suck. Let’s say you wanna binge watch the sitcom “Cheers” -- That’s 11 full television years. One season will take you around 12 hours to finish. Don’t you people have jobs?

- It could take you away from social activities if you’re not careful.

- You might spoil things for your roommate who’s just watching, oh, I don’t know, “Game of Thrones”, all because you have too much time on your hands and need to tell somebody about the show.

- You’ll miss important plot details, jokes, and dramatic moments if you just keep watching episode after episode after episode. It’s completely unavoidable. As entertaining as these shows can be, your attention span will get the better of you, and you will look at your smartphone at some point wondering, “What ever did happen tp Lucy Lawless?” Because in these scenarios, you’re binge watching “Xena: Warrior Princess”, obviously.

After going over everything involving binge-watching, I have to say, Hulu might be onto something here. There are equal amounts of Pros and Cons to binge watching TV shows, even if they were made to be viewed that way. Maybe, somehow, there is a balance, and certain shows will have entire seasons released at once and others won’t, but let’s see what happens with Hulu’s little experiment in the not too distant future!