The Legacy of the Ramones 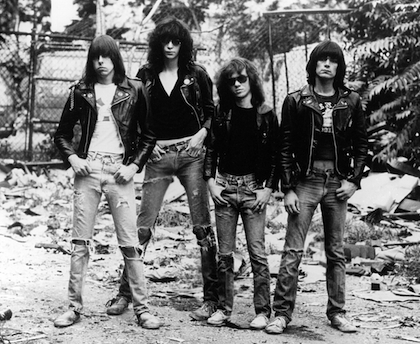 It’s a sad day for punk rock. Drummer Tommy Ramone, the last remaining original member of the Ramones, has passed away from cancer, in his New York home. He was 62.

Tommy Ramone was one of several musicians to help revolutionize punk in the late-'70s and '80s. If you’re a fan of the punk genre (or a punk musician yourself), then Tommy is one of your guys to thank. Originally a Hungarian immigrant, Ramone (born Thomas Erdelyi) came to the U.S. in 1957. He was heavily influenced by girl groups and the New York Dolls (another great band you should check out if you haven’t). In 1974, The Ramones became the first New York punk band to record an album. Rumor has it that the album was recorded in a mere six days (think about how long it takes artists to record albums today) and introduced their powerful “1-2-3-4!” chant before every song. From there, they became a certified hit in the U.K, where they went on to influence future British punk bands like The Clash and The Sex Pistols.

Over the course of a few decades, The Ramones rocked stages around the world clad in leather and holes in their sexy skintight jeans. They went through five different record labels and recorded multiple albums. Sadly, Tommy eventually left the band after feeling left out and threatened by his fellow band members. Upon leaving, he shifted into the role of a producer for the band. He eventually returned to music in a surprising way -- this time as a bluegrass musician!

Around the world, fans and musicians have expressed their sorrow over Tommy’s passing. As a fan of punk myself, I am quite sorry to know that all of The Ramones have passed on.