The Legacy of Logic 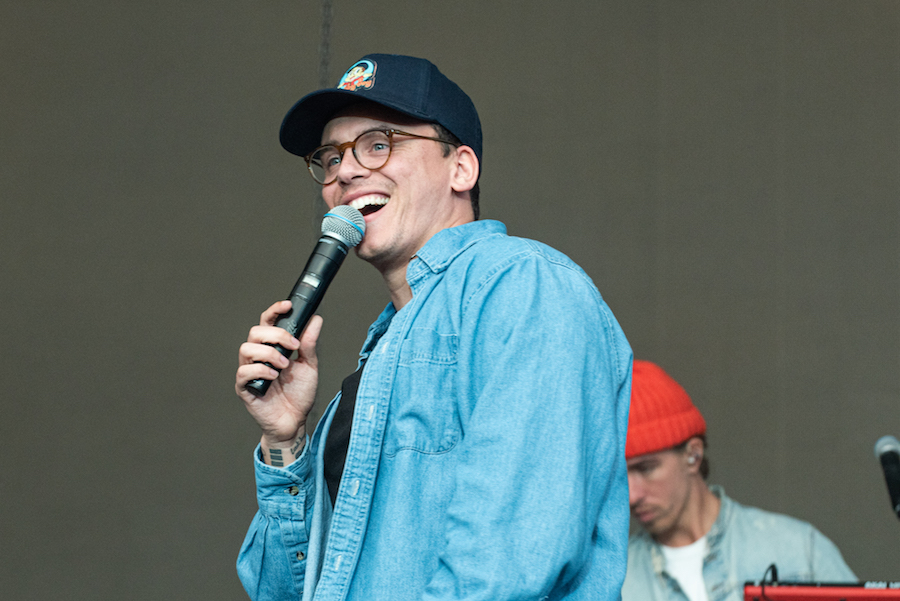 Lots of shocking things have happened in the first 7 months of 2020, but perhaps one of, if not THE most surprising news items within pop culture is 30-year-old rapper Logic’s retirement announcement. On July 17, Logic, aka Sir Robert Bryson Hall II, shocked fans when he tweeted that he was officially announcing his retirement from music in order to focus on his family and being a “great father” to his son, who was born earlier this year in April. In the tweet, he added that his final album, No Pressure, would be released on July 24 as the ending to his immensely successful 10-year-long career.

Officially announcing my retirement with the release of “No Pressure” executive produced by No I.D. July 24th...

It’s been a great decade. Now it’s time to be a great father.

As expected, fans and artists alike could not believe the news that such an influential rapper and hip-hop artist with meaningful and unique songs was retiring. Lil Nas X called Logic “an inspiration to many”, and fans replied with messages of love and gratitude for their idol (we really feel for the fans!).

this is how i’m gonna be listening to No Pressure knowing it will be your last project pic.twitter.com/wTrxZTw3Ga

Even if you’re not a diehard fan of Logic, you’ve most likely heard his most well-known 2-time Grammy-nominated song withAlessia Cara and Khalid, “1-800-273-8255”, released in April 2017. The song’s title refers to the phone number of the National Suicide Prevention Lifeline (NSPL), and it was groundbreaking upon its release, peaking at #3 on the Billboard Hot 100 charts in September 2017 and lasting on the charts for an amazing 42 weeks! Not only was the song emotional and catchy, but it did so much to help raise awareness for suicide and depression. Billboard said that the NSPL received over 4,573 calls on the day of the song’s release, making it “the second-highest day call ever at that time”, proving just how incredible of an impact the song had. For that, we thank Logic for being able to help thousands of people through his powerful and inspirational way with words.

Logic wasn’t a one-hit wonder, though. He’s had three #1 hits on the Billboard 200 -- “Everybody”, “Bobby Tarantino II”,  and “Confessions of a Dangerous Mind” -- as well as four Top 10 hits on the Hot 100: “1-800-273-8255”, “Sucker For Pain”, “Homicide”, and “44 More”. For a 10-year-long career, Logic has gifted fans with 6 studio albums that all tell a story -- Under Pressure, The Incredible True Story, Everybody, YSIV,Confessions of a Dangerous Mind, and No Pressure-- as well as 6 mixtapes (we like to call them “masterpieces”) —Young, Broke & Infamous, Young Sinatra, Young Sinatra: Undeniable, Young Sinatra: Welcome to Forever,Bobby Tarantino, and Bobby Tarantino II.

Out of 12 fantastic projects, No Pressure is an excellent way to close a special chapter of Logic’s life. The 15-track album is a groovy and chill melodic journey made perfect by Logic’s articulate and smooth rapping, making the listener feel like they’re floating into Logic’s world and emotions. We LOVE it! The song to end it all is “Obediently Yours”, a sort of monologue with a funky tune in the background, starting off with “This is Logic” before switching toOrson Welles’s commentary on racial justices in 1946. It was a beautiful way to end the album and mark the end of Logic’s career, reminding people that the injustices from 75 years ago are still relevant to this day. It’s fitting for an artist who made such a grand social impact and will continue to be remembered for it. Excuse us while we go cry!

Thank you to Logic for redefining the rap and hip-hop genre and inspiring many people across the world. Naturally, we’re sad to see a talented one-of-a-kind artist go but we’re grateful for the last decade and all the wonderful songs and memories. We’re happy for you, Logic, and hope you can enjoy this well-deserved retirement with your family! Young Sinatra, out!

What an incredible journey. Thank you all so much for being part of it. I made this album from my heart as a farewell and a thank you. pic.twitter.com/hBbAZndJpK