'The Jungle Book' and 7 Other Animated Films Due for a Live-Action Upgrade! 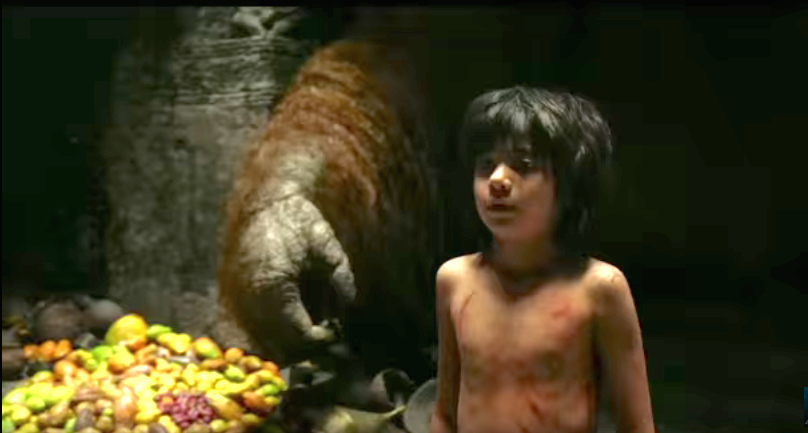 The original adventure of Mowgli in The Jungle Book is coming to the big screen in glorious live-action!

The wilderness of the jungle and the ferocious animals come to life in Jon Favreau’s adaptation of the 1967 Disney animated film, which itself was an adaptation of 1894 Rudyard Kipling book of the same nae,. Although you may not see the faces of the star-studded film, you will be hearing their voices. Names like Bill Murray, Ben Kingsley, Lupita Nyong’o, Idris Elba, Scarlett Johansson, and Christopher Walken, to name a few.

The premise will be the same as the Walt Disney animated film and the Rudyard Kipling book, which follows Mowgli and his journey evading the terrifying Bengal tiger with the help of Bagheera, a black panther, and Baloo, a fun and easy-going bear. It’s amazing seeing an animated film from the late-'60s turned into a live-action movie!

Today, no story, no world, or universe, is outside the bounds of filmmaking and storytelling, which got me thinking -- there are certainly other animated films and cartoons that would make amazing live action/CGI-imaged movies!

So let’s get down to business! Here are my top seven animated cartoons I’d like to see remade into live action!

The story of a girl’s journey to bring honor to her father and her family,Mulan would make a sick live-action film! With the emotions and fighting sequences, I can already see how this film would come to life! Rumor has it that someone has beat me to the punch and is already gone to work to make this happen and we couldn’t be more excited!

I mean, let’s all be real. I think we all want to see this song performed in live-action!

One of the cutest movies of the early-2000s, Lilo and Stitch stole the hearts of everyone. With a great Hawaii setting and just enough alien creativity for an awesome CGI reimagining, Lilo and Stitch would make a great live-action film. And they would definitely need to bring back an Elvis-inspired soundtrack.

“Ohana means family. Family means no one gets left behind.” [Insert “sobbing” emoji]

Teen Titans is actually an animated series about teenage superheroes who save the world and fight crime while dealing with being a teenager, which is rough enough as it is. And I’m not the only one who thought Teen Titans would make a great live-action film or series, because a project to do so was already in the works but was dropped earlier this year. Not sure of the reason why, but the seed has been planted and I’m still hoping for a live-action reboot for this series!

Dexter and Dee Dee will always have a special place in my heart and nothing would make me happier than to see those characters come to life. "Dexter’s Laboratory" would make a great kid’s movie. I’m picturing something along the lines of Agent Cody Banks or Big Fat Liar. With all of Dexter’s gadgets and his actual lab, I’d love to see how filmmakers could bring it all together.

One of the most underrated Disney adventure movies I’ve seen would make an amazing live-action film, bringing the enchanting underwater world to life. Jerry Bruckheimer would have a field day with this movie!

In the height of superhero films, one animated superhero movie has been looked over. That would be The Incredibles. If you haven’t seen the movie, it is about a superhero family who has retreated to a normal and regular life only to find that the world still needs them and their powers.

A film set in outer space with aliens, pirates, and magnificent ships to travel from planet to planet, the story follows a young Jim Hawkins who goes on a dangerous journey of self-discovery into the vast galaxies on a mission to find Treasure Planet. ImagineGuardians of the Galaxy with ships from Pirates of the Caribbean and an epic adventure. With the advances in filmmaking and CGI, the story of Treasure Planet would make a thrilling live-action film!

What animated films do YOU want to see come to life in a live-action film?

Don’t miss the premiere of The Jungle Book on April 15!