The Importance of 'Moonlight' & Why Everyone Needs To See It! 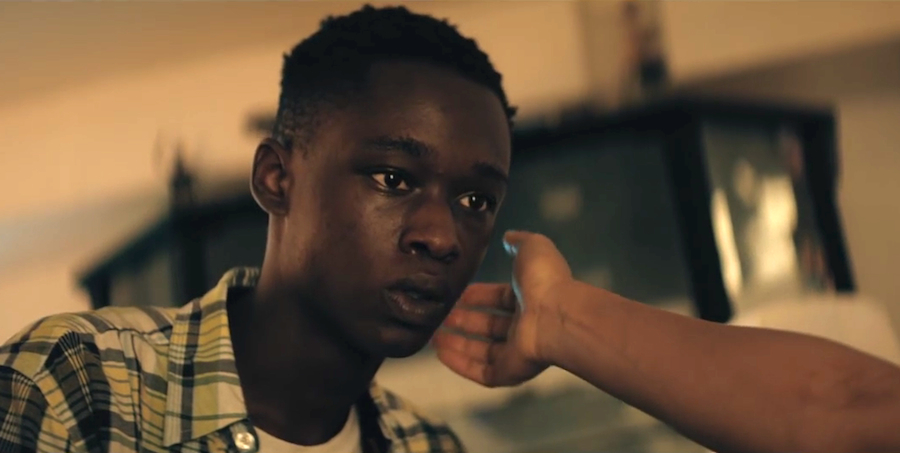 On November 18th, the year 2016 (a glum year in particular) welcomed into wide release one its best movies: Moonlight. It’s the kind of film that comes to mind when people ask me why I love (or hate, depending on which blockbuster I’ve criticized) movies so much. The answer to a question like that can be a long and complicated one indeed, but a short and easily accessible version of my particular answer is that I like stories. And with film, we humans who share this vast globe have been treated to some of the greatest stories ever told. Moonlight is one of those stories.

There’s a young boy named Chiron who comes from a broken home. He has no direction in life and is tormented by other children. Chiron meets Juan, a dark-skinned Cuban who deals drugs a few neighborhoods away from where the young boy cries himself to sleep every night. Juan and his girlfriend Theresa quickly become the only adult figures in Chiron’s life that seem to care about him. He teaches Chiron to swim and he answers his questions about life, even though there are answers neither one of them may want to hear. We move on through Chiron’s life and see him as a teenager trying to survive school and come to terms with his sexuality. Nothing is easy for Chiron, and he has hard choices to make that will alter his life permanently. We travel further ahead and see Chiron as a man and what some of those hard choices led to. What kind of man is Chiron? Is he satisfied with who he has become? Can he look someone in the eyes and proudly declare who he is?

This is the story of Moonlight, and I want to you to see it. I want you to see this film because it is pure storytelling, and that is something I think people are sorely missing out on. Never confuse the rigid roadmap known as “plot” (a series of Point As and Point Bs) for story. A story is fluid. Whether it is a raging river or a calm stream, a story flows and carries you away. A life unfolds before you in this film, and it is free to take you places emotionally that you have never been before or have not visited in a while. It’s pure and naked cinema, thanks in part to passionate direction and passionate performances that should be applauded and referenced often when people talk about the great things that film has offered us.

Barry Jenkins directed this film and wrote the screenplay based on a story by Tarell McCraney. In it you will see performances from Mahershala Ali, Shariff Earp, Janelle Monae, Naomie Harris,Alex Hibbert, Ashton Sanders, andTrevante Rhodes. These people, along with many others, brought something special into this world. They gave life to a true work of art, and when I left the theater, I was sad, happy, energized, hopeful, but most of all I was thankful. I was thankful for their time and thankful for their hearts and thankful for their desire to show the world something truly important.

As we approach awards season, there is always talk about which film will get nominated for what and which film will be snubbed and all that jazz. Moonlight’s greatness will neither be enhanced by a gold statue nor diminished by the lack of one. Moonlightknows what it is and stands firm in the knowledge of its own identity and the fact that nothing or no one can change it. That being said, if it does walk away with Best Picture, it will have damned well earned it and its place amongst other films with that distinction will never be questioned.