'The Hate U Give' Author Angie Thomas Is Back With New Book 'On The Come Up'! 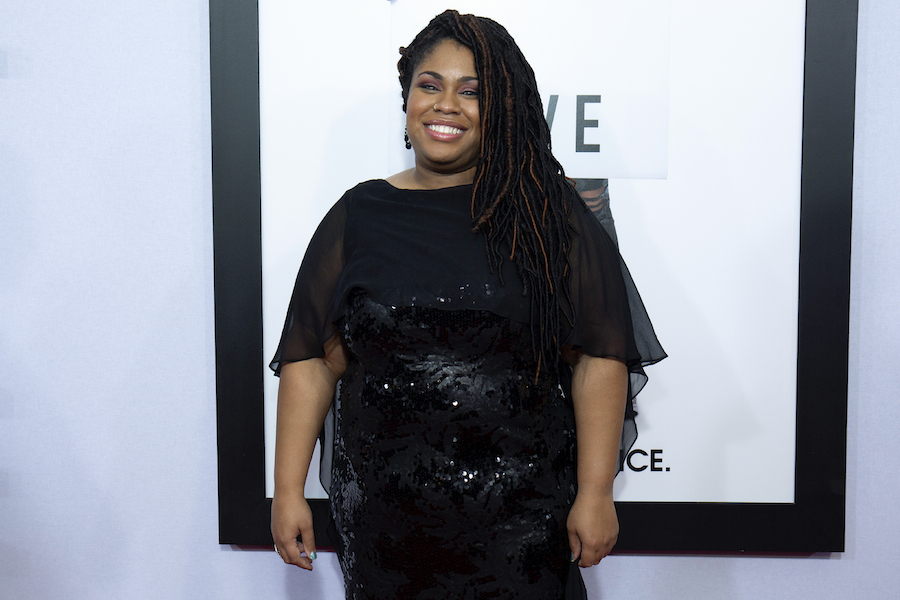 Angie Thomas, the author of last year’s best-selling novel The Hate U Give, has blessed us with another spectacular story. Her second book proves that Thomas is no one-hit wonder, not that we ever thought she would be. On The Come Up is set in the same universe as The Hate U Give, and you almost wonder if the unrest and protests mentioned in the books are the same ones Starr witnessed in THUG. The star of this book is a 16-year-old girl named Brianna Jackson, or Bri for short. Bri goes to an arts school in a wealthier neighborhood than where she lives. Even though her dad was this close to making it big as a rapper, Bri and her mom and brother live paycheck-to-paycheck, struggling to stay afloat. Her dad, an underground rapper called Lawless, was killed by gang members before he could truly hit the big time. Now, Bri feels like it’s her turn to change her family’s fate and take her rapping all the way to the top.

In On The Come Up, Bri uses rapping as an escape from her everyday struggles. When she needs reassurance, she thinks of words that rhyme. When she’s unfairly targeted by the white security guards at her school, she channels her anger into a song. When her family needs help, she thinks it’s up to her to lift them out of their environment. Her Aunt Pooh, who has to deal drugs in order to carve out a livable life, becomes her manager, and together (but mostly thanks to Bri herself) Bri starts to get attention for her rap skills. When she releases a song about being labelled and demonized by strangers, it blows up online. Things don’t always blow up for the right reasons, though, and soon Bri has to deal with the assumptions and the repercussions that come with rapping about guns and gangs, even hypothetically.

Just like THUG, this book is written with an impeccable degree of realism. The voice, that of a young black teenager, is 100% on-point and never wavers. This kind of writing could only come from someone who knows her characters like they’re a part of herself. Thomas captures the heart and the complicated and multi-faceted thoughts of a modern community. Her passion for rap and hip-hop, and her own skills as an MC, come through. Check out this clip of Thomas performing one of the raps in the book to see that she can walk the walk.

With a book as good as this, it’s no surprise that Fox Studios has already bought the movie rights. We can’t wait to see this story come to life and hear the songs in the book come to life! Full of warmth, humor, and bitter truth, there’s no doubt that this book is going to make an excellent movie. Until then, read the thing, because it’s most definitely an excellent book.