The First Teaser For 'The Lion King' is Here and We May or May Not Be Crying! 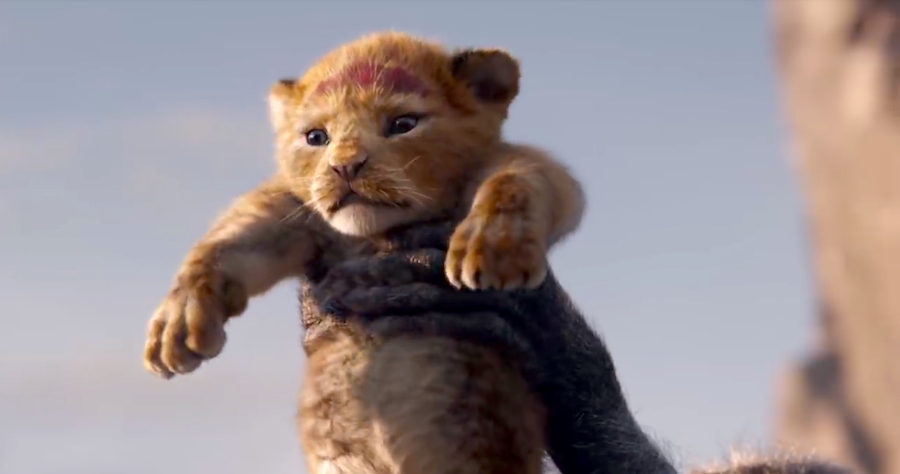 Okay, don’t panic, don’t freak out, don’t scream... THE FIRST TEASER TRAILER FOR THE NEW LION KING FILM DROPPED THIS WEEKEND. I know, I told you not to freak out, but that’s because I’m freaking out enough for the both of us.

So, we all knew that this new live-action/CGI version of the 1994 Disney classic The Lion King was happening. The cast was announced back in November of 2017, and we were all VERY EXCITED at how star-studded and amazing this lineup was.

Then, we became EXTRA EXCITED when we learned Sir Elton John himself would be a part of the project to rework his musical compositions from the original.

But now, I’m EVEN. MORE. EXCITED. This teaser!!!! OH MY GOD. Hearing James Earl Jones, THE ORIGINAL MUFASA, say “Everything the light touches is our kingdom” all over again really gave me chills.

What also gave me chills is when Mufasa says, “One day, the sun will set on my time here,” as we see the infamous stampede scene play out, AKA the scene where Mufasa gets trampled to death trying to save Simba. I don’t think any moment in animation terrified me as a kid quite as much as that one did. Not exactly sure if I’m ready to see again. Oooh. The mere thought of it scared me.

After Mufasa’s mini speech to Simba, we hear the opening chant of one of the most iconic Disney songs ever, “The Circle of Life”. Pride Rock is surrounded by animals, Rafiki has his “Simbaaaa” moment, and our boy Simba is presented to the Kingdom. It’s beautiful.

After listing off our star-studded cast, we hear Mufasa say “REMEMBER”, and we see a great big lion roar. Unclear if this is Mufasa roaring or Simba, but I hope it’s Simba. I mean, as we know, he’s been working on his roar.

I can’t wait for this movie. I think that, with all the new technology that has been developed in filmmaking since 1994, this will be a beautiful reimagining of a classic story. I mean, how could this movie NOT be amazing, can we take a look at the cast list one more time? The very fact that we have James Earl Jones reprising Mufasa really says it all, but then we also have stars like Donald Glover, Billy Eichner, John Oliver, Seth Rogen, Chiwetel Ejiofor, BEYONCÉ, and (just announced today) Amy Sedaris, this film is already set to be amazing. I’m definitely going to cry the entire time, but ESPECIALLY when I hear Donald Glover and Beyoncé sing “Can You Feel The Love Tonight”. Yup. Lots of tears.

Ugh, too much excitement. And we really have to wait until JULY to see it? Well, I’m sure by the time it releases, it’ll be worth the wait. Until then, I’ll have the 1994 soundtrack on repeat.