The Case for Idris Elba as the Next James Bond 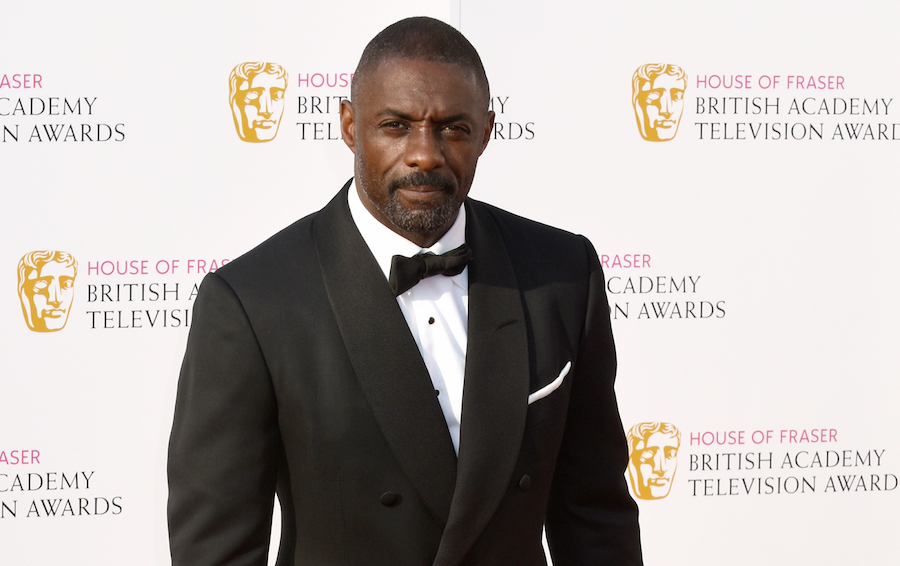 He hustled hard as a second-in-command to a drug kingpin in “The Wire”; he’s been a dark and obsessed police detective in “Luther”; he was buddies with Nicolas Cage in Ghost Rider 2 in 3D (ok, maybe we shouldn’t mention that one), and he was Michael Scott’s boss/the reason Scott first quit Dunder Mifflin… I’m talking, of course, about Idris Elba. There are a lot of names being thrown around these days for a new James Bond since Daniel Craig really doesn’t even want to do his final film, but Elba stands on top in my mind.

Sure, Tom Hiddleston was good as Loki in The Avengers. Sure, Emilia Clark is really lobbying for a female James Bond and is actually gaining traction. Those are both great choices, along with some other names that have been suggested, but Elba was born to play this role.

Coming out of the gate, the man is British, so just like any American-born citizen is supposed to have the option to become President someday, so do our friends across the Pond with playing Bond. (Yes! Unintentional rhyme!) “Doctor Who” is on about the same playing level as this for the British, but you may notice Harry Potter will never be, because Daniel Radcliffe is Harry Potter. But even if Potter was up for grabs as much as Bond or The Doctor, Elba still wouldn’t waste his time with these. Elba is a specific type of magic that isn’t all pixie dust and wands, or wibbly wobbly timey wimey gadgets. His magic is in his classiness, his masculinity, and the sheer force he exudes that just sitting down while sifting a drink, thus encompassing everything that is Bond.

I should probably redact my earlier statement of the fact that all of our friends across the pond can play Bond. It’s not true yet, and somebody like Emilia Clark or even Gillian Anderson, whose name has also been put out there for the role, could tip the scales to make the Bond role more inclusive. While it’s a great idea, the role may not be ready for that just yet, but it will soon. We have to remember that it wasn’t that long ago when Craig, the current Bond, took over the role and everybody lost his or her minds that Bond was blond. Even back then, it was absolutely ridiculous to me that people really cared this much. (Did they realize Sean Connery wore a wig in every movie? Also, he’s Scottish!!!) Elba being black would really switch up the mix in the role and could pave the way for the now-dubbed “Jane Bond”; but who says both can’t co-exist anyways?

Elba may never have won an Emmy or been nominated for an Oscar (really should have for Beast of No Nation though), but trust me, this guy is the real deal. Before “Breaking Bad” came out, TV snobs wouldn’t shut up about “The Wire” and how good the entire cast is. “Luther”, which Elba stars in as the lead role, is a crazy good character study of a cop who is quite possibly more insane than the criminals he chases. It’s hard to write that and not think immediately that he’s like Batman, but he is really… just actually working for the law rather than alongside. Both characters share similar viewpoints on how the legal system doesn’t always work right. Long story short, this guy can act, and gritty characters like Bond are his specialty.

Finally, it’s all in his look. The man has the same kind of balance of class and ruggedness about him like a young Sean Connery. He looks like he could be a hard-nosed war criminal in the heart of the jungles of Africa, like the role he played in Beasts of No Nation, but you easily see him sweet-talk the pants off a lady at a the bar as he orders his martini shaken, not stirred.

Unfortunately, producers of the Bond series said his look was “too street”, which sounds absolutely ridiculous. I can’t remember a time when the Bond producers kept who they were picking deep under wraps, but I also can’t remember a time where people were so interested in playing the role, as well as the rest of us wanting know who it will be. In classic British humor, there’s always a chance they’re lying to all of us and will tell us later that they picked Elba. After all, Karen Gillan was told she was auditioning for something called “Panic Moon” only to find out later it was to be the next COMPANION on “Doctor Who”… “Panic Moon” is an anagram for companion. Oh, classic British cheekiness!