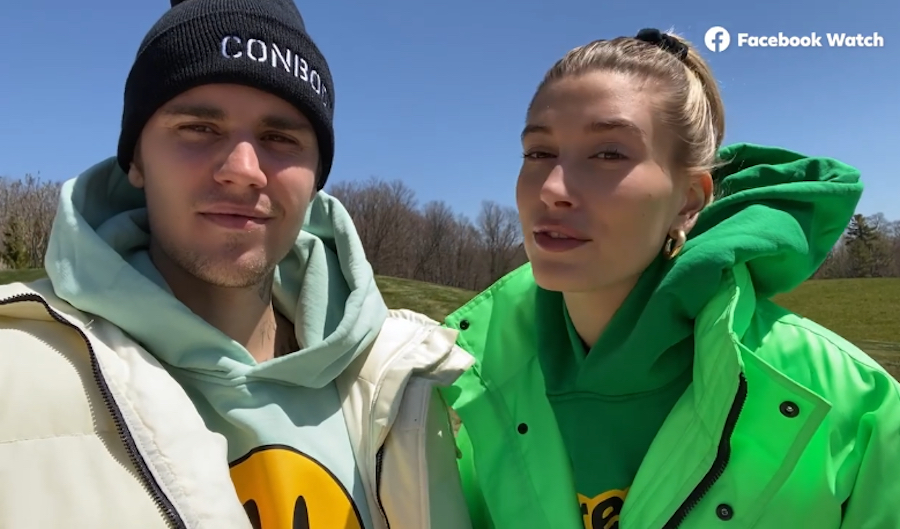 These quarantine days have given us almost more celebrity content than we can keep up with (emphasis on "almost"), but there are some celebs we’ll never get tired of seeing. This is the case with Hailey and Justin Bieber. Back in January, Justin released the latest look inside his life with the 10-part docuseries "Seasons" on YouTube and we couldn’t get enough. Now, he’s taking us inside his quarantine day-to-day with wife Hailey with the new series on Facebook Watch called "The Biebers on Watch", where the couple discusses their careers, their relationship, and everything in between!

Hailey and Justin have taken us into their home and inside their marriage, giving us a ton of juicy deets along the way. From how Hailey had to rebuild her trust in Justin after a bad breakup to whether or not they wished they had saved themselves for marriage, they aren’t afraid to tackle discussions big and small. In the latest episode, Justin and Hailey take us for tour of their Canadian property as they head down for an afternoon of fishing. Catch episode 8 below:

And in case you haven’t been keeping as close an eye on the Biebers as us, here’s a breakdown of the biggest reveals from "The Biebers on Watch":

-Justin regrets not saving himself for marriage, while Hailey, though she didn’t agree, did confess that being physical tends to complicate things.

- They met as kids when Justin was performing on "The TODAY Show", and as they got older, their paths started crossing more and more.

- They both knew they wanted to be married and have a family of their own early in life.

- Hailey says she would have been in the medical field if she hadn’t become a model.

- They watch "Friends" every night before bed.

- The first time they dated, the relationship didn’t end on good terms, but after some time apart, Hailey felt like she was much more secure in herself and her career to explore that relationship again, though it took a lot of work and forgiveness to build a new foundation.

If anything, this series has cemented just how much Justin loves and appreciates his wife, and he’s not afraid to share that love with the world. See for yourself in one of his recent Instagram posts (and try not to swoon):

Dear Hailey, as I lay here, you asleep next to me, I think to myself how did I get so blessed. You’re humility, joy and desire to grow blows me away! I am honored to be your husband. I promise to love you all the days of our lives. Good night Hailey I hope you read this in the morning and smile! You are my FOREVER ?

Watch the entire series of "The Biebers on Watch" here!