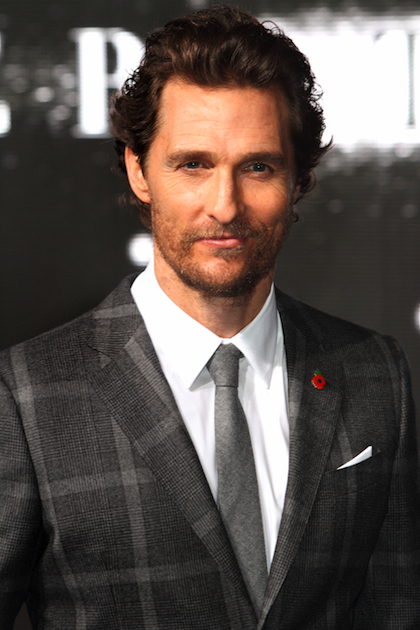 Last week, the official lineup for the Cannes Film Festival was announced. There are a number of exciting films making their debut -- so many that I had to divide my picks for the best looking films into two different articles! See my first batch of films here, and now check out the rest of my picks for the best looking films of the 2015 Cannes Film Festival below!

The Sea of Trees:Starring Matthew McConaughey, Naomi Watts, and my boyfriend Ken Watanabe, this mystery/drama follows an American man as he attempts suicide in Japan’s “suicide forest” (sounds like a lovely place). While there, he meets another suicidal man, and the two begin to bond. They slowly realize that there is so much more to life. The film is directed by Gus Van Sant, and, interestingly, a great deal of the film wasn’t filmed in Japan -- it was actually filmed in Massachusetts! I will watch pretty much any movie with my man Mr. Watanabe in it, but I am also intrigued by this storyline.

Youth: This film marks Italian director Paolo Sorrentino’s second time working with American actors. The story follows a retired film composer (Michael Caine) vacationing in an Alpine resort when he receives an invitation to perform for Queen Elizabeth II and Prince Phillip. Paul Dano, Harvey Keitel, Rachel Weisz, and Jane Fonda also star in the film, the sixth of Sorrentino's to be shown at Cannes. Youth is about two seconds away from sealing a deal from Fox Searchlight to release the film. Since Sorrentino recently won the Oscar for Best Foreign Language film in 2013, I would like to see more of his work -- and the idea of Paul Dano and Michael Caine sharing the same screen sounds very promising.

The Lobster:The premise for The Lobster is hilarious to me -- In the distant future, single people are given 45 days to find a partner, or else they are transformed into animals and released into the wild. Considering the sheer amount of pressure put on those without partners there is to find that special someone, The Lobster sounds like a pleasant satire on our society’s dating obsession. The film is Greek director Yorgos Lanthimos English-language debut and stars Colin Farrell, John C. Reilly, and Rachel Weisz.

The Tale of Tales:Directed by Italian filmmaker Matteo Garrone, The Tale of Tales sounds delightfully fantastic. Adapted from the 17th century collection of fairy tales of the same name, the film boasts a fairly impressive cast including John C. Reilly, Toby Jones, and Salma Hayek and has been praised for its impressive cinematography and natural style. I personally enjoy a great fairy tale (especially those I have never heard before).

Sicario:Starring Emily Blunt, Sicario follows a young FBI agent as she joins a CIA takedown of a Mexican cartel boss. The film takes place along the border of Mexico and the U.S. and asks the question of how far danger can push your morals. Josh Brolin and Jon Bernthal also star in the film, which draws attention to the constant battle along the border, and the innocent lives that are affected.

Which film are you most excited to see?