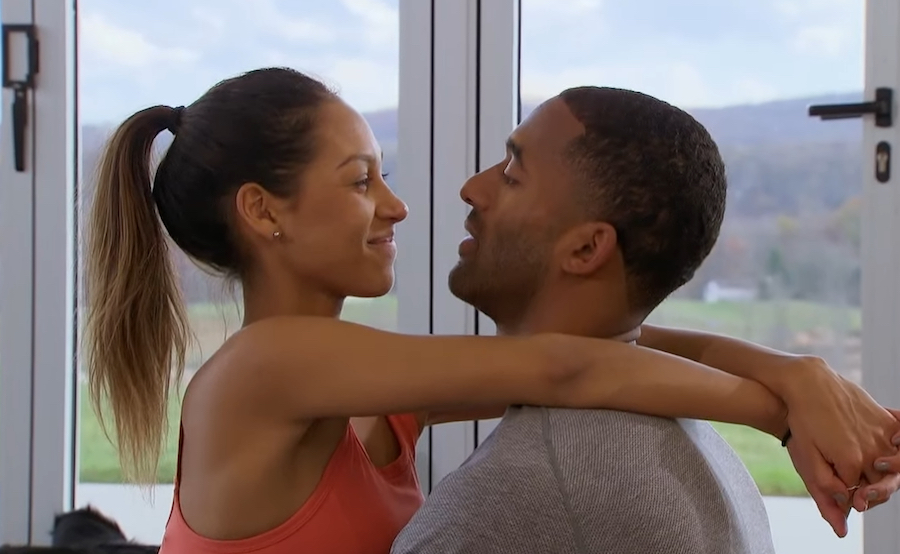 The 7th episode of “The Bachelor” aired last night (February 15, 2021), and our leading man Matt James had many tough and emotional decisions to make. With hometown dates coming up in the next week, this episode showed the more serious sides of all contestants still remaining.

In case you missed it, here are the highlights from last night!

Last week’s episode ended with Heather Martin from Colton Underwood’s season crashing the group cocktail party to try her luck at getting a spot in the house, and in Matt’s heart. She pleads her case to him, arguing that their mutual friend and ex-Bachelorette, Hannah Brown, thought they’d make a great couple. However, after much deliberation, Matt decides that his relationships with the other women are good enough for him to not need a new one to explore. A dejected Heather drives away in her minivan. Ouch!

On the first one-on-one date of the week, Matt invites Serena P. out on a SECOND date, much to the surprise of the two girls who have not even received a first date yet. He is afraid that he and Serena P. are too much in the friend-zone, so to spice things up, they try tantric yoga. After many awkward positions and even a dodged almost-kiss, they pop a bottle of bubbly and she admits to being very uncomfortable during the activity. At the dinner date afterwards, they admit romantic feelings for each other and officially climb out of the friend-zone.

On the group date, Pieper, Michelle, Rachael, Bri, Kit, and Abigail skip the day portion and go straight to the cocktail party afterwards, where Bri opens up about having quit her dream job just to be here for Matt, Kit makes it clear that she is still a college student who has a long way to go until starting a family, Abigail seeks some validation for where their relationship stands (more on that later), and Rachael sweet talks her way to the group rose.

The next one-on-one date is with Jessenia, who shows up to a large parking lot where Matt and professional stunt driver, Tony Angelo, are waiting to try some drifting. They drive through large hurdles of cardboard boxes and get a whiff of the thrilling life they could have together. At dinner later that night, Jessenia expresses her excitement for Matt to potentially meet her family and says that she is falling in love with him. Matt picks up the rose, BUT…

...Matt tells Jessenia that he doesn’t see an engagement with her at the end of this process, which is a sugar-coated way of saying that they just don’t have any chemistry. She feels “blindsided” and is walked out to the ominous SUV ready to take her home.

During the aforementioned group cocktail party, Abigail is confused because she doesn’t know Matt’s feelings towards her, especially considering that he might meet her family without the two having been on an official date. Matt realizes that she has been left hanging for a while and admits that his relationships with the other women have grown stronger over time. He walks her out and sweet Abigail also goes home.

Kit, who seems to be trying almost too hard to give Matt reasons to let her go, shows up on his doorstep and tells him that she is not ready for marriage. At age 21, this seems like an acceptable excuse to break-up with someone. She goes home that night, much to the bewilderment of the other girls.

At the two rose ceremonies of the week, Serena C., Chelsea, and Pieper are sent home. With five girls having left this week, hometowns next week will see visits from the four remaining contestants’ families. Stay tuned to see what drama unfolds!