The Avengers 2: Age of Spader 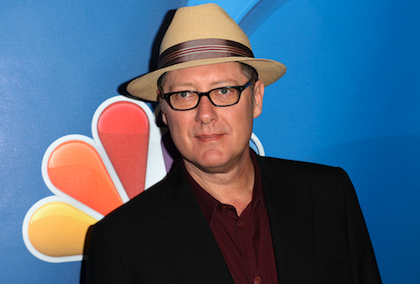 In the much-anticipated sequel to The Avengers, we already know that the primary baddie will be not Loki but Ultron – in fact, it’s right there in the title, The Avengers: Age of Ultron.

Ultron is basically like Skynet – an entity initially created to help humanity but eventually gains self-awareness and becomes intent on destroying it (naturally). He’s the ultimate villain in the Avengers comic book universe, so for the film, you need someone who knows how to channel pure evil.

Spader has made a career out of playing total a-holes in both film and television, from the smarmy rich boy Steff in Pretty in Pink to the manipulative and sinister Robert California on “The Office”. Honestly, the only semi-decent character I can recall him playing off the top of my head was the abolitionist William Bilbo in Lincoln, but even he was pretty shady. So, yes, he is an obvious choice to play Ultron.

It remains to be seen, though, how much of Spader will actually be, well, SEEN in this role, since Ultron is essentially a machine and is always drawn as a featureless automaton. So, we might just be hearing his voice and not getting the full Spaderness. It will make for a great foil for Iron Man though…

Spader has quite the sordid on-screen history with Mr. Robert Downey Jr. Back in the ‘80s, the two co-starred in the film Less Than Zero, based on the Bret Easton Ellis novel about privileged L.A. young adults who spiral into drugs and insanity. It was the Bling Ring of its day. RDJ played a drug addict who is disowned from his rich family and turns to prostitution at the behest of his dealer, played by Spader. I would love to see a version of this dynamic recreated between Tony Stark and Ultron, wouldn’t you?

Well, we’ll have until 2015 to mull over the possibilities. In the meantime, Elizabeth Olsen, Aaron Taylor-Johnson, and Anthony Mackie have also been added to the cast as Scarlet Witch, Quicksilver, and The Falcon, respectively, and you can see Spader continue to cull his creepiness in the NBC series "The Blacklist", which premieres on September 23.