The 5 Most Generous Celebrity Givers 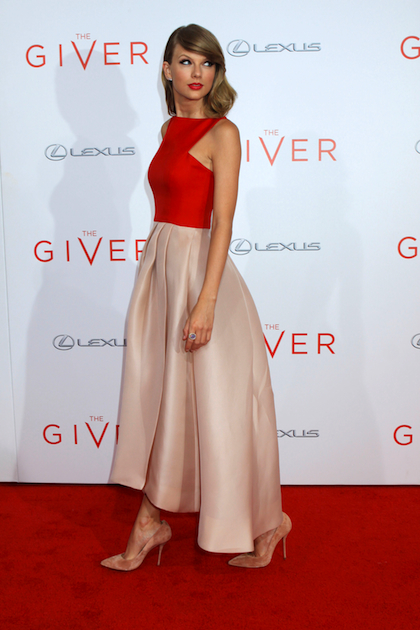 Recent news of J.K. Rowling losing her billionaire status due to her continuous donating, plus the recent slew of famous faces participating in the ALS Ice Bucket Challenge, inspired me to shine the spotlight on other friendly celebrity givers.

Starting off, we should take a look at Rowling herself: the Harry Potter creator was just knocked off Forbes’ billionaire list after spending $160 million in donations. She is particularly fond of donating to One Parent Families, an Scotland-based organization helping single parent homes, because she was a single mom herself. Hats off to Rowling for being awsome.

Next is the power couple, Brad Pitt and Angelina Jolie, who give to over 60 charities together and have given to children in need all over the world (adopting a few of them on the way). Working to help eliminate hunger, poverty, and disease, the two have already given over $24 million in donations.

Taylor Swift, one of the youngest top givers, helps a numerous amount of charities by giving money. In 2012, the 7-time Grammy winner donated $4 million to music education, and this past June, she gave $50,000 to a children's hospital in Philadelphia. That's not even the half of it. Swift has given money to the School of the Deaf and many others.

Ellen DeGenres, TV talk show host, gives not only on her TV show but to organizations as well. She donates to 38 charities, and what she does on her show is amazing. From pulling organizations together to help give kids their dream of going to school, to helping with weddings, her giving takes a healthy chunk of her paycheck.

Morgan Freeman, the voice of God and angels himself, holds a halo above his head. Donating to a total of 17 charities, the man is a true giver.

And these are only a few examples of top donators. An overlooked amount of celebs donate their time, money, and selves to making the world a better place. Kudos!