5 Reasons Why 'Resident Evil' is the Best Zombie Survival Game! 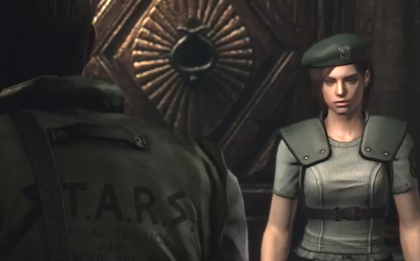 The Resident Evil video game franchise has evolved in many different ways from storylines and characters to style and action. But there is something about this apocalyptic gameplay that has the fans always wanting more. Thank goodness for the producers and developers of the games, we will be getting more! I will only be discussing the games and not the movies, because don’t even get me started with the movies. One rant at a time, please.

That being said, the producers of Resident Evil (RE) recently announced that they will be remaking the classic, first Resident Evil from 1996.

Now, yes, I know, this is technically the second remake, if you count the remake in 2002, which I do count because that game was amazing! But as they explained in the video, they will strictly be enhancing the graphics and quality of the video and gameplay and will not be touching or changing the storyline like they did from 1996 to the 2002 remake.

This remake will give a chance for younger gamers to experience the thrill of a true survival horror game and give old fans a chance for some nostalgia of playing the first game but with better graphics.

But why another remake? Who knows why, but I am certainly not complaining. Hopefully this remake will start a chain reaction to maybe even rebooting some of the later games. As a fan, it was all too easy to see RE’s transition from survival horror to a shooter/action game. This is a highly debated topic amongst RE fans, but nonetheless, this remake might open the door for the producers and developers to appease some of the fans' complaints about the later games. Regardless, Resident Evil is a wonderful series and I’m here to tell you why!

Storyline. Before all of the zombie hype and different ways zombies started coming to life, RE came up with a pretty plausible cause of a zombie apocalypse and followed a pretty accurate timeline of how the outbreak would play out in the real world. Long story way short, some scientists created a virus that unintentionally turned people into zombies. The epidemic was caused by an outbreak of the virus in an underground lab where rats from the sewers were infected and brought it up into the city. It gets a little more complicated, but those are the basics. So, awesome story plot that makes sense? Check.

Characters. Every RE fan has their favorite character, whether it’s a hero like Chris or Leon or a villain like Albert Wesker. Regardless of the title, the characters are wonderfully developed... well, for the most part. I won’t get into RE5 and RE6 characters, but I did enjoy playing those games. Anyways, the characters are so important to any story. RE gives you enough background to understand the characters as well as enough time to get attached to them. So, great characters? Check.

Survival horror aspect. Creating a true survival horror game is very difficult, and it’s for that reason that there aren’t that many popular ones out there and why RE slowly turned away from the original style. The later games lacked this element, which is why they got some backlash and a lot of criticisms. RE is known for the survival horror aspect. Jump scares, YES. Gore, YES. This is part of what RE thrives on. So can YOU survive the horror? Check.

Other monsters. This aspect gets tricky in storylines. Why do certain zombies run faster than others or carry weapons and some don’t? Why are there zombie dogs but no zombie rabbits? Don’t get me wrong, just zombies would be boring, but please, make sense. Don’t just throw in other stuff without any explanation. RE accounts for all these questions. We may not have seen zombie rabbits, but there were zombie crows, dogs, rats, and fish for goodness’ sake. Because the introduction of the epidemic was a scientifically-engineered virus, different types of zombies and monsters could be made because of the different types of viruses, their mutations, and different strains. More than just zombies? Check.

Conspiracy. Yes, I’m one of those. Area 51? That exists. Landing on the moon cover up? Possible. Assassination of JFK? There’s definitely more to that story. I love a good conspiracy theory, and RE has plenty. The story behind Umbrella is the most intriguing by far. But it makes you wonder -- could what happened to Raccoon City happen to your town? I’m getting chills just thinking about it. Making you question what’s really going on? Check.

The RE franchise gives it’s fans so much and we thank them. Check out Capcom’s History of Resident Evil Anniversary Montage.