The 5 Most Buzzed-About Flicks at the New York Film Festival! 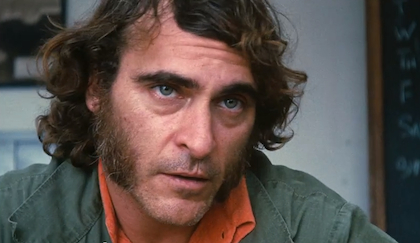 The 52nd annual New York Film Festival wrapped up over the weekend, bringing 16 days of feting international films to a close. This year’s crop of films include features from well-known directors to more obscure foreign flicks. A few of the best reviewed films are already out in theaters, while there are still a handful you will have to wait for. In the meantime, here are my picks for the top five films from the New York Film Festival:

Paul Thomas Anderson’s latest flick looks as drug-fueled and insane as his previous films. Boasting an impressive cast including Joaquin Phoenix, Owen Wilson, Reese Witherspoon, Jena Malone, Martin Short, Maya Rudolph, and Timothy Simmons, the film follows a drug-lovin’ detective investigating the disappearance of his ex-girlfriend. There has yet to be a disappointing Anderson film, and I doubt that this one will be any different.

The Princess of France

Since I am a Shakespeare nerd, this one appeals to me: it is an Argentinian comedy that follows a group of young actors as they put on a radio production of Shakespeare’s Love’s Labour’s Lost. The film is part-modern adaptation, part-a reflection on a Shakespearean farce. If you are a fan of romantic comedies and/or Shakespeare, then The Princess of France may be for you.

It’s about time that one of fashion’s greatest designers got a solid biopic. Directed by Bertrand Bonello, this French film follows Yves Saint Laurent during one of the most wild periods in his life (1966-1977). Saint Laurent includes all of the crazy shenanigans that Laurent got into. This sounds like my kind of biopic -- it’s always more fun when they misbehave.

As a teacher, Whiplash scares me a little. In the film, Miles Teller stars as a promising young drummer who is accepted into a prestigious New York music academy. J.K. Simmons plays his sadistic teacher who tortures his students in order to get perfect results (I can’t imagine ever hurling insults at or hitting my students! That’s just horrible!). I am intrigued to watch the dynamic between Simmons and Teller, though, as both have already begun to garner Oscar buzz. Fun fact: Teller is an actual drummer, so his drumming (and all his sweat) is real!

Tales of the Grim Sleeper

In 2010, Lonnie Franklin Jr. was arrested in Los Angeles for a string of murders. Four years later, documentary filmmaker Nick Broomfield decided to interview the inhabitants of Franklin’s neighborhood to see just how he turned into a serial killer. The film begs the question of what makes a serial killer tick, as well as focuses on the racial tension still present in Los Angeles.

Which films are YOU looking forward to seeing?