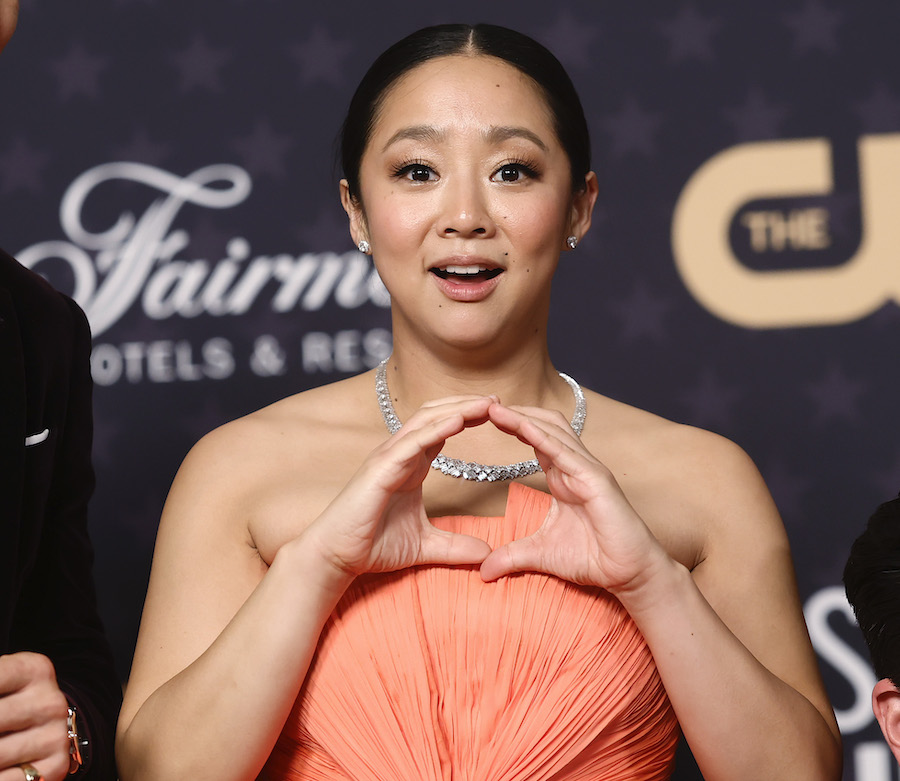 The 28th Critics’ Choice Awards took place last night (January 15) honoring achievements in film and television over the past year. Nominees, presenters, and other celeb attendees gathered together at the Fairmont Century Plaza Hotel to attend the show hosted byChelsea Handler with major awards being handed out to Everything Everywhere All At Once, "Better Call Saul",Brendan Fraser, and more. But you can’t forget about the high-fashion it brought too! Let’s take a dive into the best dressed on the red carpet...

Everything Everywhere All At Once had the most nominations and also took home the most awards for the evening. Of course, the Best Actress nominee's look had to be (and was) top tier.

The Best Actress nominee looked gorgeous in her custom Valentino. The sparkles add a great accent to the look with sleeves that drape down with the dress.

The "Under the Banner of Heaven" star was nominated for Best Actor in a Limited Series or Movie Made for Television, and he walked the carpet in an all tan suit by Zegna. The beige loafers definitely pulled the outfit together.

The Menu actress appeared in a fun Dior piece, tan with different textures from top to bottom. The sheer skirt and high bun were highlights of this look.

The "Dahmer - Monster: The Jeffrey Dahmer Story" star took home the award for Best Supporting Actress in a Limited Series or Movie Made for Television and looked beyond elegant last night. She wore a cream strapless dress with sparkles that shimmered when she walked. The long train added such a classy element.

The Best Actor nominee walked the carpet in an all-black suit with his shirt unbuttoned about halfway down on his chest. We approve!

This actress is always smiling on the red carpet. At the CCAs, she wore an all-black asymmetrical dress. The best part is the wavy but curly hair and bangs.

The Best Supporting Actress nominee stood out in a bright coral strapless dress from Valentino with Cartier jewelry. This look is definitely one of our favorites!

The Best Young Actor/Actress nominee for her work in The Whale came in black Chanel Couture featuring a puffy skirt with silver and gold embellishments on the top. She paired it with a classic black stiletto heel.

"The Last Days of Ptolemy Grey" star and Best Supporting Actress in a Limited Series or Movie Made for Television nominee wore a beautiful bright yellow Greta Constantine dress. The outfit featured a plunging neckline covered in ruffles. Beautiful!

What were your favorite looks of the night?