The 10 Announcements From Netflix's TUDUM Global Event We're Most Excited About! 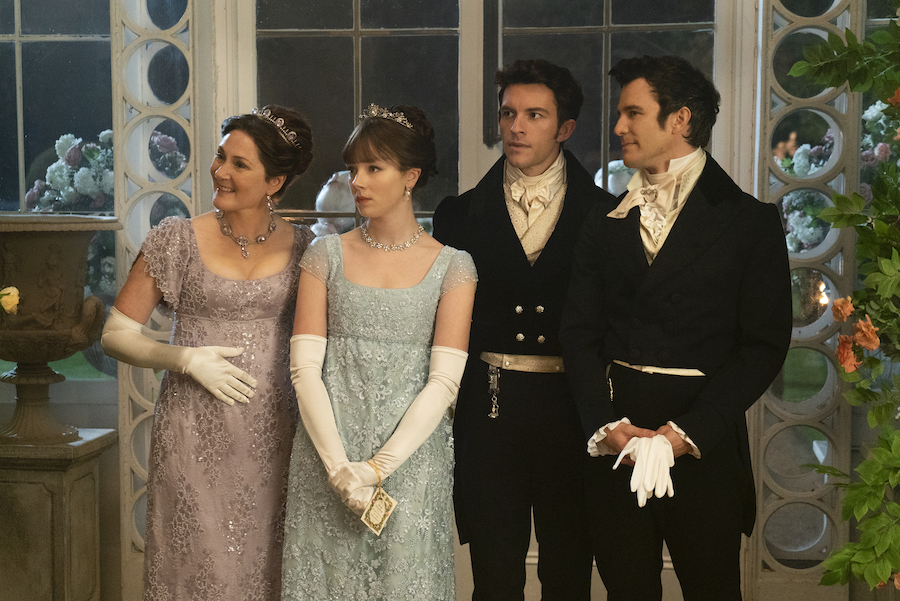 Imagine a single studio so huge that it can have it’s own fan event – that studio would be Netflix, and they did just that over the weekend with their first annual* TUDUM Global Fan Event (“tudum” being a reference to that tone that marks the beginning of every Netflix original over the company logo) where we got all the latest news on upcoming Netflix programming, both old and new!

(*There was a previous TUDUM event held in Sao Paulo, Brazil, last January, but this is the first global event.)

Here are some highlights!

Kicking things off with what is arguably the streamer’s flagship series, we have been waiting on the edge of our seats for over two years to find out what happened to the kids of Hawkins after the Byers family moved out of town with Eleven in tow following the supposed death of El’s adopted dad Chief Hopper in his attempts to save the town (and the world) at the end of Season 3, and it looks as though we’ll have to wait just a little longer, as Season 4 is not slated to drop until sometime next year. In the meanwhile, we have a new teaser to chew on, which opens with a seemingly idyllic 1950s family who move into a big, beautiful house, only for things to go downhill pretty quick. Fast-forward about 3 decades later, and we see our favorite gang of Steve, Dustin, Lucas, Nancy, Mike, and Max snooping around the now-deserted house Scooby-Doo-style looking for “clues” – clues to what, exactly? It’s not clear, but this place seems to have major ties to the Upside-Down. Although we don’t get any new peeps of El, Hopper, Joyce, Jonathan, or Will, we already know something will happen to bring our faves back together again – for better or worse!

The dueling dojos are back, baby! Except now they aren’t really dueling anymore, as the Season 3 finale saw Johnny Lawrence join forces with his lifelong nemesis Daniel LaRusso to try and take down John Kreese, who forcibly reclaimed his position as the sensei of the Cobra Kai dojo. Can Johnny and Daniel keep it together long enough to defeat Kreese?! We’ll find out when “Cobra Kai” Season 4 premieres this December 31!

Calling everyone in The Ton, our first look at Season 2 has finally arrived like the newest Incomparable! As we reported previously, the new season is based on the second book in Julia Quinn’s series, The Viscount Who Loved Me, and will focus on the love life of Lord Anthony Bridgerton, Daphne’s eldest brother, as he meets (and no doubt eventually falls head over heels for) the headstrong Kate Sharma. No, there’s no Duke of Hastings this season, but it still promises just as much scandal and sizzle as the first – plus, we can’t wait to see who is the first character to discover that [REDACTED] is the notorious Lady Whistledown! No exact date has been set for the Season 2 premiere yet, but it will be sometime next year!

Nothing much here except the announcement that the show has been renewed for a 4th season! Woo-hoo!

After years in development, Neil Gaiman’s dark fantasy comic book series for DC is finally coming to our screens! The series tells the story of Morpheus, AKA Dream, AKA The Sandman, who is summoned and then captured during an occult ritual in 1916 but manages to escape 105 years later. Intense! No word yet on a premiere date though.

Gird your mullets, y’all, because more insanity is on the way! “Tiger King” was one of the first viral phenomena of the early days of quarantine, and now Joe Exotic and the rest of the wacky gang are coming back to make our Thanksgiving even more awkward than usual! That’s right, another season of “Tiger King” is hitting our screens on November 17 where we will get to catch up with Joe, that b**** Carole Baskin, and the rest of the crew from G.W. Zoo. Be afraid, be very afraid…

The much-loved anime series is getting a much-anticipated live-action reboot starring John Cho as Spike Spiegel, who leads "a ragtag group of bounty hunters who chase down the galaxy’s most dangerous criminals." Unlike most reboots, fans actually seem really excited for this one! Netflix dropped the groovy opening credits sequence on Saturday and it is giving us all the ‘50s/’60s beatniks vibes! The 10-episode series arrives on November 19.

Our titular Emily (Lily Collins) gets a much-needed vacay in Season 2, heading to the glamorous Saint-Tropez for some R&R with her squad. “Your French Holiday Awaits” on December 22!

Adjust your corsets because our gurl Enola Holmes is BACK, and guess what? So is Tewkesbury! Yes, a sequel to the utterly charming movie starring Millie Bobby Brown as famous detective Sherlock Holmes’s just-as-cunning younger sister is coming to Netflix! The film is not yet in production so no work on a release date yet – watch this space!

We have been DYING to know what happens after the Umbrella Academy siblings time-skipped to an alternate universe to find out that they had been usurped by another group of October 1st babies known as The Sparrow Academy at the end of Season 2! Well, we don’t have much info about Season 3 other than they have wrapped filming, but we’ll be sure to let you know as soon as they drop dat release date!

Which shows/movies are you most excited for??