Lena Luthor From "Supergirl" Is One Of The Best Characters On TV Right Now (Pass It On)! 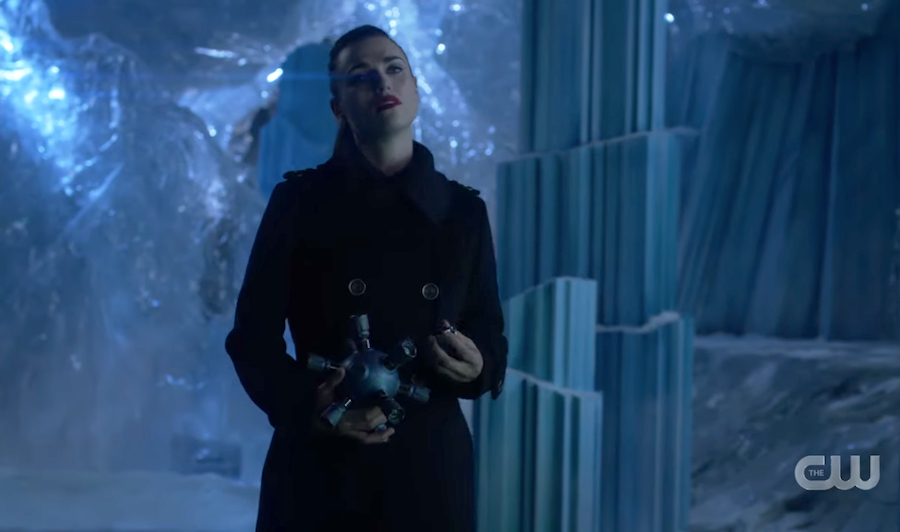 Between Harley Quinn and the Birds of Prey, Wonder Woman, Captain Marvel, Jo March, and even Anna and Elsa, there are a LOT of badass women in theaters right now.

Sadly, the same can’t quite be said of television. There are certainly plenty of female characters, but more and more, TV writers aren’t quite sure what to do them – particularly if they aren’t the star of their respective shows.

That doesn’t mean there aren’t any monumental women on the small screen, though. In fact, I can think of one woman who’s beautifully complex and nuanced, deeply human, and just plain fun to watch.

Her name is Lena Luthor, and she’s one of the best characters gracing our screens right now.

Now, anyone with a passing interest in the DC Universe will recognize the Luthor name. And, as Lex’s sister, it’s a brand – both in business and emotionally – that she has actively worked to get away from.

Since her introduction in Season 2 of The CW's "Supergirl", Lena (played byKatie McGrath) has done nothing but try to do good. There’s occasionally (okay, OFTEN) a bit of madness to her method, but in the end, she really does help.

She helped stop the Daxamite invasion, she saved CatCo while simultaneously putting away Morgan Edge, she helped Sam break free from the hold of Reign, and she helped the people of Earth-38 get to relative safety during Crisis.

It’s an impressive resume for a hero. But Zeus said it best inHercules: “A true hero isn’t measured by the size of [her] strength, but by the strength of [her] heart.” And Lena Luthor has an incredibly strong heart.

Yes, Lena has some deep trust issues. But she’s kind of entitled to them, isn’t she? Her boarding school BFF literally snatched the equivalent of a family heirloom out from under her. She’s a powerful CEO, with millions – if not billions – of dollars, making her a corporate target.

She’s had to face off against her mother AND her brother. Sure, they’ve both made attempts on her life, but at the end of the day, they’re family. Just because they can sever the tie, doesn’t mean she can. She’s kept the good times in her heart, no matter how painful they may be now.

But once you get through to her – like Kara did, like Alex did, like James did, like Winn did – she sees nothing but the best in people. It’s what makes Lena feel like more than just a character; just like meeting an actual person in real life, you have to earn her friendship.

Perhaps that’s why she’s so deeply hurt and angry over finding out Kara’s secret identity. She watched her brother descend into madness; Kara’s betrayal was a total blindside.

Still, as much as she wanted Kara to hurt like Lena hurt, she never wanted to actually harm her. That’s what non nocere is all about: doing no harm. Granted, using mind control to achieve that is sketchy, but if there were another way to program “do no harm” into people’s minds, Lena would do it.

For now, she’s resorted to working with her back-from-the-dead brother, which, frankly, is just another example of how deeply human she is, and a phenomenal example of how a toxic relationship really goes.

Think about it -- Lex revealing Kara’s identity to her, then keeping the memory of that intact through Crisis, is just another master class in emotional manipulation.

Lena’s only human. She wants to do good, and she wants to be able to put it on the record of her family name. Combine that with how hurt she feels because of her friends, and it makes total sense that she’d be lured in.

“Back To The Future: Part Two” even gave some insight into the ways things used to be with them. Working together, Lena and Lex have a banter that would be cute… if it were anyone else, and under different circumstances.

Right now, he’s just feeding (and feeding off of) her pain.
Here’s the thing, though: Lena is absurdly smart. There’s no way she’s not working on a strategy, and Lex knows it. He said as much while the truthseeker was fixed on his arm. She might be enjoying this partnership just a little, but she knows it won’t last.
After all, she wouldn’t even drink the coffee he brought her.

lena knew not to drink the coffee and i love herpic.twitter.com/NLJ7ApsPpL

Now, there’s a chance that 5x13 will mend Lena and Kara’s relationship, if the synopsis is anything to go on:

It certainly would be nice to see our girls back together again, but it might almost be better if Lena comes to forgiveness on her own. She’s grown a lot in three seasons, and I’ve no doubt she has the strength to grow into this too.