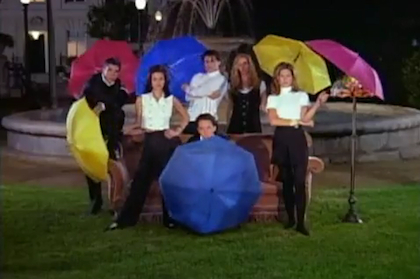 As you all know (or SHOULD know by now, sheesh!), the Primetime Emmy Awards are tomorrow night, and so I thought would be fun this week to pay tribute to some of the most memorable music in TV history!

Oftentimes, a TV show’s theme song can outlast the TV show itself. Sometimes, it’s a pre-existing song that the producers are able to get the rights to ("Friends", "Bosom Buddies"), making it a classic as part of the show where it might have been ignored as a stand-alone track; and sometimes, the song is composed specifically for the show, and becomes indelible with the story that the series tells ("The Brady Bunch", "Gilligan's Island"). And, occasionally, a show’s theme is written with lyrics that never actually make it into the final production (“M.A.S.H.”).

What you may not know, since it is never a part of the Emmys telecast, is that the TV Academy does hand out awards every year in at least 5 music categories, including Outstanding Music Composition for a Series (Original Dramatic Score), and Outstanding Main Title Theme Music. The nominees in those two categories this year are:

Music Composition for a Series

“The Spoils of Babylon” (IFC)

(The winner of BOTH those awards this year went to "Cosmos"!)

Here are just a few of the most memorable TV theme songs in history! Enjoy!

What are some of YOUR favorite TV show theme songs?