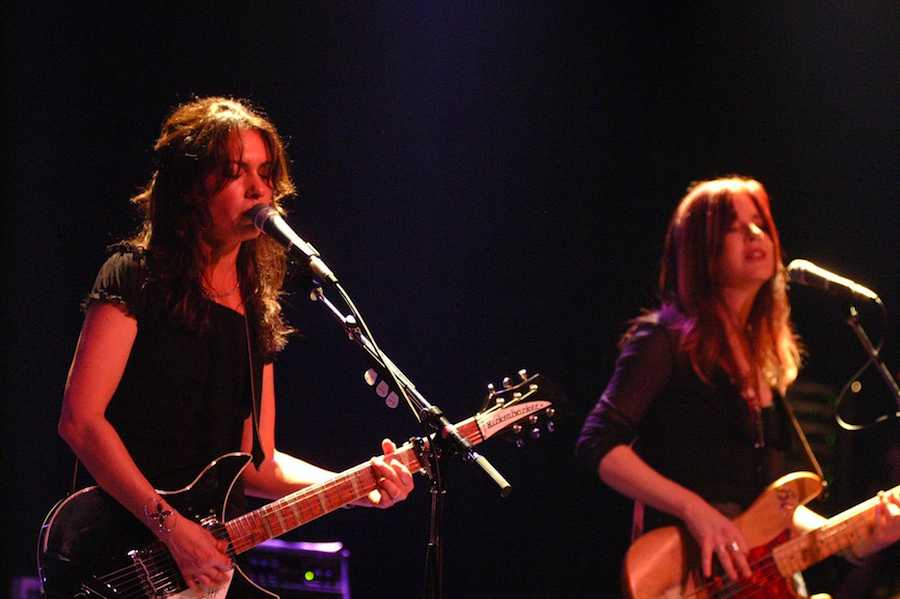 Who doesn’t love rocker babes?
In the 1980s, few girl groups had the power to both tantalize and get your head bangin’ than The Bangles. Fronted by the wide-eyed and petite Susanna Hoffs, the band also featured guitar-and-drum-slammin’ dames Vicki Peterson, her sister Debbi, and Michael Steele (who started her career with The Runaways).
Together, these “paisley underground” chicks had the power to churn out hot rock beats along with catchy pop riffs, and even start new dance crazes!
After releasing their debut album in 1984, they caught the attention of none other than Prince, who decided to write a little ditty for them that became known as “Manic Monday.” The song was featured on their second album, Different Light (1986) and subsequently released as a smash single. The world took notice, and to this day, you can hear their ode to the most unanticipated day of the week on radios all over the country.
But The Bangles really cemented their place in pop culture history when they released their third single from the album, “Walk Like An Egyptian.” And just like that, not only was a new dance craze born, but so was a new sex symbol – Hoffs’s alluring stare at the end of the video had hearts melting all over the rock world. The song turned out to be the group’s first #1 hit.
In 1987, the girls were approached to include a song for the soundtrack to classic Brat Pack flick, Less Than Zero. Their contribution was a rockified cover of the old Simon & Garfunkel folk tune, “Hazy Shade of Winter.”
The kept the momentum going into 1988, releasing their third album, Everything, and with it their soulful ballad, “Eternal Flame”, garnering them a second #2 song under their belt.
Unfortunately, the ladies soon fell out after that, and although Susanna, Debbi, and Vicki still continue make music (sometimes together, sometimes not), the original spark that lit up the ‘80s charts and MTV is a distant memory… but one we can still enjoy whenever we want!
Check out the music videos for “Manic Monday”, “Walk Like An Egyptian”, “Hazy Shade of Winter”, and “Eternal Flame” below:
(Photo via PPTB/WENN)
- Katie Marzullo, YH Staff Editor
[email protected]