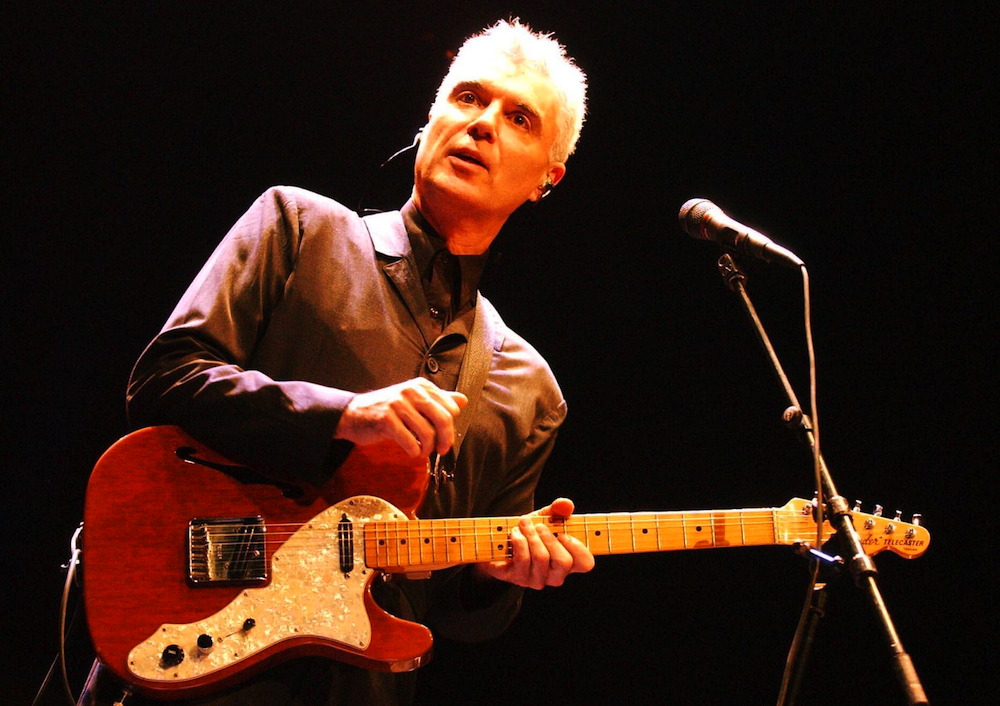 One of the more intriguing names to pop up on this year's Coachella lineup is David Byrne, the former frontman for Talking Heads. Name(s) not familiar? Take a seat for a little history lesson, kiddos!
In the ‘80s, nobody did weird like the Talking Heads.
And that says a lot for a decade that was, by definition, pretty weird to begin with. But David Byrne and his band took it to a whole other level. Years before artists like Bjork were making us scratch our heads but unable to look away, the Talking Heads were at the forefront of the avant garde movement in pop music.
Starting their run as a ‘70s New Wave group, comparable (sort of) to Devo and the like, they experienced minor success with a cult hit called “Psycho Killer” (which recently got new life thanks to being featured on the Netflix series "Mindhunter"). But it wasn’t until 1981 that they were firmly placed on the pop culture map with their single “Once in a Lifetime”, from their 4th studio album, Remain in Light. The brand new MTV crowd collectively sat up from their couches, rubbed their eyes, and wondered to themselves what the hell they had just seen.
But the hit they’re probably most known for (and the one that performed the best on the U.S. charts) was “Burning Down the House” (1983), a song and music video fraught with so much odd that we had no other choice than to declare David Byrne a mad genius, because what other options were there?
It’s fun, strange music to do your best “robot” to. So I present for all you fellow nonconformists below, three of the Talking Heads’ best!
More recently (if you consider 2012 "recent"), David Byrne teamed up with the glorious St. Vincent for the song "Who"; considering she is also featured on the Coachella ballot this year, expect to hear this gem at some point during the Festival too!
(Photo via WENN)
- Katie Marzullo, YH Staff Editor
[email protected]